I've been giving a lot of thought lately to the idea of getting old.  Perhaps it's because I feel it... some days.

I work in a school and spent a large part of my days with children.  I hear what they say about adults, I can see how they look at grown ups and what they think of them - it is at times heart warming and at others simply depressing.

I imagine myself in their position, as a young man again, looking at someone my age and thinking how old I must be, "46!  Jesus, he's nearly dead, nearly at the the end.  When I get to that age I'll be well and truly past it." It gets me to thinking.

"Have my best years passed me by?"

"Did I take all the opportunities offered to me?"

"How much longer have I got?"

It's sobering and I try not to dwell on it.

I'm not obsessed with death, despite the nature of most of what I write.  I would call it a healthy interest rather than an every waking thought kind of thing.

Anyway, I waffle.  A couple of years ago I wrote a short story all about the end and how it comes to us.

Please support Domini Mortum, getting it published may brighten my view of my future. 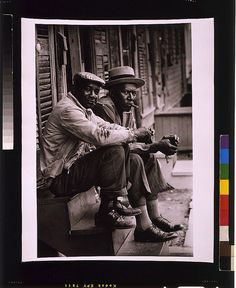 They sit on the porch of the old people’s home, looking out over the front lawn, which is covered in a blanket of clean, white snow.

Tom, the older of the two, lets out a long sigh, removing the hat from his head and running his fingers through his iron-grey hair.  He looks down at the hat, gently stroking the brim and brushing off a small fleck of imaginary dust.  He had owned it for so long that he had forgotten where he had got it from.  Maybe it had been a present from his wife, gone for so many years now.

“Is he coming soon?”  Bill says looking at Tom hopefully.

“I know, I know.  I just hate the waiting,” said Bill looking down and noticing that one of his boots was unlaced.  He leans forward in his chair and reties it.

“I can’t wait for the spring to come either.” Says Bill, shuffling in his seat.  Bill looked a lot younger than his years, although he had reached a grand old age now.  People often commented to him how young he looked, too young to be with the others, a little out of place even.  “I always love the spring, things start to warm up a little, new life comes, a fresh start to the year, the beginning of warmth and sun.  Don’t you agree Tom?”

Tom doesn’t answer, his mind is far away.  He is thinking of the day he had first met his wife.  It was a winter’s day just like this one, cold, fresh and bright.  It had been his first day at work and he had been introduced to the rest of the team. This had been many years ago, but he could still remember each of their names.  The last person he had met that day had been her, When their eyes met he instantly knew that they would be together and would love each other for a lifetime.

A single tear rolls down his cheek, creating a track down his cold skin, as he remembers the day when she left.  Such a sad day.  He had wanted to go with her, to stay by her side, but God had other plans for the pair of them.

“Spring be damned,” he says aloud, putting his bowler hat back on his head.  “All seasons be damned.”

Bill shifts uncomfortably in his seat; he hates it when Tom gets this way; morbid, self-pitying, angry.  Bill always looked on the bright side, always found the silver lining on every cloud, no matter how hard he had to look.  It was strange really that they had become friends, so different in their outlooks on life that they were. Sometimes however, fate throws the oddest of couples together.  ‘All part of the great plan’, Bill often thought.

“We could go for a walk, stretch our old legs a little and enjoy the beauty of the day.  What do you reckon Tom?  How about it?”  Bill looks at Tom hopefully, he wishes that he could put his arm around Tom, bring a smile to that old face of his.  He knew though that Tom wouldn’t like it, he wasn’t comfortable with ‘hugs’ and it would only make his mood worse.

Bill settles back in his chair, Tom was right, he was always right.

“I just hate waiting.  I just wish we could do something rather than just sitting here.  You know how easily I get bored.”

Tom looks at his friend, still relatively young, too young to be here waiting for death to come.  “Nothing to be done,” he says. “You know the deal, we sit, we wait and when it comes, we are ready.”

Bill sighs, looking up to the cold, grey sky.  It was about to start snowing again, the first tiny flakes began to drop onto the lawn.  Soon there would be a fresh layer, light, fluffy and new.

“Look, here he is,” says Tom lifting himself out of his chair and standing. “Nearly time to go.”  Bill gets to his feet, standing ready to greet the visitor.

The air around the old people’s home becomes noticeably colder as a tall man appears at the bottom of the lawn.  He is dressed from head to foot in black, a large hood covering his head.  As he walks across the lawn up to the house, Bill notices that he leaves no footprints in the snow.

The man in black reaches the steps of the porch and speaks, “Are … we … ready?”

Tom and Bill straighten their hats and nod.  “We are ready,” they say in unison.

The hooded man slowly climbs the steps of the porch approaching the men, who noticeably stiffen in his presence.  It was time, time for him to do his work.

He passes the two men in their white suits, who dutifully bow their heads.  As he approaches the door of the home, it opens by itself.  He enters the old people’s home for the fourth time this year.

Tom and Bill look at each other, a new spring is coming.

A few minutes pass until the man in black reappears at the door, walking behind him is a young lady with long dark hair.

“Hello Molly,” says Tom “We’re here to take you to James, are you ready?”

Molly nods, smiling at the two of them.

“Shall we go?” asks Bill, reaching down to clasp Molly’s hand in his own.

“Yes, let’s go,” says Tom, taking Molly’s other hand and, spreading their wings, they step off the porch.