Sequel update and other news

I realise that it has been a while since I posted any updates regarding Domini Mortum, but decided that there were a couple of bits of news which you may be interested in.

Firstly, progress on the sequel.  This has been slow but progress is being made.  The whole book is planned out, a number of chapters are complete, and it is something which is turning into a real labour of love.  The sequel Regina Dolor, is much more expansive than my first two novels in the series, and as such has required much more in the way of research.  The book sees the return of a number of characters from the first two books, and also introduces some interesting new people (and potentialy monsters).  I am hoping to have a full first draft ready by the end of the year, which will then be tinkered with for a second draft, before going off to my loyal bunch of test readers for their commments and analysis.  I'll keep you informed on how this is going.

My second piece of news is a new novel which is available now on Amazon.  It is something very different from anything that I've written before, it being a romantic fantasy comedy based on the premise of the Grim Reaper falling in love. If you enjoy reading the likes of Neil Gaiman or Terry Pratchett then this is very much the book for you. 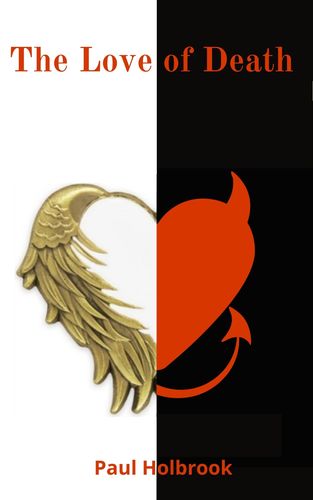 Thats very much it.  Thank you again for supporting Domini Mortum and enabling me to have my work published.  If you did enjoy it please leave a review on Amazon, the more reviews it gets the greater attention from the algorithms that be.