The campaign rolls on, hitting an amazing 55% this week, but more pledges are needed if I am to reach the magic 100.  For those of you that have pledged your support, thank you, you have done a wonderful thing and I am very grateful for the faith you have shown in me and your friendship.

If you have not yet pledged, then I would implore you to do it today.  Last night I finished editing the latest draft of Domini Mortum and trust me when I tell you, that after reading and exploring the book (for what seems like the thousandth time) it is something which I am very proud of and believe to be a truly gripping read.

Whilst I wait for the pledges to come in, and the support to grow, I have continued to work on other projects.  The current muse is a man called Frank Leonard, an excerpt of his story is included below and is part of larger collection of linked short stories.

Frank is a charming, thoughtful and inventive man... but pray you never meet him. 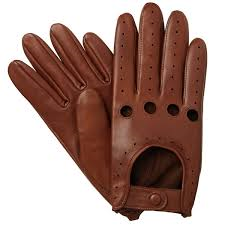 For Frank Leonard there was something so gratifying about watching the slow burst of the dilated pupil when his hands were placed around the throat of another.  To him it was not related to power as such, or even sadism for that matter.  These ideas and suppositions were base and blunt to him.  He would never place himself within theunimaginative and standard stereotypes that those who were supposedly wise in such matters would espouse to.  Strangulation, in Frank’s eyes, was a vital tool, it cured him of his natural urges, his mortal needs, and he was grateful that it was also something which he found enjoyable.

Leonard was a professional in his work and, as yet, had never been irresponsible enough to allow the bodies of any of those who had been lucky enough to feel the touch of the soft leather of his gloves upon their skin tell of who he was.  This attention to detail was a feature of both his professional and personal endeavours.  There were countless entries to morgues around the world which he had been anonymously responsible for.  His professional unfortunates however had suffered fates other than the pureness of the choke.  There were stabbings, countless shootings, at least three complete dismemberments and one case, of which he was particularly proud, where there was a carefully managed and slowly drawn out case of complete body exsanguination.  These killings were standard, they were his work, they paid the bills and they bored him, just as a builder was bored of laying bricks all day and an office worker was reduced to bitter tears by the constant ennui of moving sheets of pointless paper from one place to another.

Strangulation on the other hand, strangulation was a different animal altogether, a rare breed.  He relished the kick he got from slowly choking the life out of someone, feeling his palms press upon the neck and using the strength of his fingers to pull his thumbs into the windpipe, crushing the trachea as the flow of precious blood to the brain was halted.  Every murder he committed in this way was special to him, each one a different experience and each one a necessary part of the cycle within which he had established himself for years.

Today’s victim was a particularly normal person, absolutely nothing remarkable about her whatsoever; in fact her whole life had been one long endless waste of time.  She had brought nothing to the world and, until Frank came to shake things up a little and she was destined never to light a spark or create something worth remembering.  Frank hadn’t searched for her, he had come across her purely by luck; luck for him to find someone fresh to take, and luck for her that Frank had stepped into her life and saved her from the tedium of her existence.

He had been sat on a bench in the high street of the latest god-awful town that he had been forced to visit as part of his work, when she walked past.  No matter what the job, Frank always made a point of staying in the vicinity for one or two days after the discovery of the body, just to make sure that that the police were suitably bewildered by the lack of evidence and nature of the murder.  This particular job had been a simple one, James Peters, the owner of a local car salesroom, (Peters Motors – Where quality and value comes as standard!).  He was smooth, smart, smarmy and sickening to most people who were unfortunate enough to cross his path.  He had blown up too many bridges, cheated too many people and had generally led a self-serving and disgusting lifestyle, lurching from one disastrous relationship to the next and leaving a sprinkling of children at various homes around the town and surrounding area along the way.  It was not his fault really, just his personality, how he had been brought up.  Women were functional items to him; there to be used, thrashed to within an inch of their lives and discarded for a new one when they broke... like cars.  He had failed in his most recent conquest however; she had not broken, she knew some people and had reached out for someone to help her.

Peters’ head was discovered the morning after Frank’s visit, sat on top of the gates to his car yard, a smug smile carved in to his face, smarmy to the last.  The rest of him had been carefully placed in the various cars which sat in front of his showroom.

Every piece but one.

Frank always kept the heart of everyone he killed.  Some would call it a memento, a prize or a trophy, but to Frank it was proof of a job completed and would be stored, in formaldehyde filled jars, on the shelving units in his lock up.

His latest strangulation had glanced down at him on the bench as she passed and, for the briefest of moments, their eyes met.  He had allowed himself a smile, which of course she had returned.  Frank was a good looking man, charming and fluidly disarming; why wouldn’t she smile?  His eyes twinkled happily at the sight of her upturned lips and in that moment, as she walked away with a new spring in her step, Frank knew that she would be his next, personal project.

Frank allowed her to get twenty yards away before folding up his newspaper and picking up the black leather briefcase which carried his kit.  He stood, straightening his jacket and tie before setting off after her.  At first look he would say that she was in her thirties, unmarried and currently without a boyfriend.  Frank prided himself on being able to read strangers from the slightest glance.  He was not often wrong and would always take the time, when possible, to check how many of his assumptions were correct (once the murder had been committed of course).  As he paced behind her, matching her step for step, he hoped that she would be on her way home so that he could have a look around; make himself comfortable for a while. She moved with an easy grace which told him that she was physically fit would probably put up some degree of fight when he took her.  This was a good thing; it broke up the boredom and made his eventual and inevitable victory even sweeter; there was truly nothing like seeing the flame of anger and struggle turn to subordinate surrender and silent begging.  It was the eyes; it was always in the eyes.  Subconsciously he patted the breast pocket of his jacket to check that he had his gloves with him, he did of course, they never left his person.

The streets were not at all busy and Frank had to bind himself in chains of control and patience in order to remain a safe distance away from her throughout the journey which led to her home.  He watched her from the other side of the road as she fumbled for her house keys in her handbag; she was struggling to find them, the length of time she searched telling him that there was no one else at home.

As the keys appeared he strode across towards her with purpose.  By the time she put her key into the lock and turned it he was directly behind her, putting his gloved hand over her mouth and pushing her through the door.  It was only then that she knew that he was there and, of course, that she was going to die.

A half hour later Frank found himself sat on her sofa looking down at her as she laid in front of him, surrounded by a shimmering bed of broken glass.  He had been right; she was strong for her size and had put up a sporting fight.  It was an unremarkable death though, quick in the end and ultimately a little disappointing.  In fact if it hadn’t been for the noise and excitement when he threw her down and through the coffee table it would almost have bored him.

Bloodshot eyes which held cold dilated pupils stared up at him accusingly; a sight which normally pleased him but today left him unnerved.  He thought of reaching down and closing the lids, but somehow he had become transfixed by her stare.  This was a worrying development.  What was going wrong?  He had not changed the way he did things.  There was a routine which he had developed over time: it was the way that it had to be done and it pleased him, for years it had maintained his interest in life.  But now?  Was it guilt?  Was the thing which had kept him happy and content for so long finally beginning to affect him?  He finished his cup of tea, ensuring that he washed the cup out and returned it to the cupboard before he carefully removed her heart and left the home.

Frank took a final glance at her from the hallway as he left; a mental snapshot recorded in his memory for a later date.  Her name was Ruth Douglas, she was single and no one would find her for days.  By the time the police broke down her door, Frank would be on the other side of the country lining up his next job.  He closed the door gently behind him and headed for the train station.