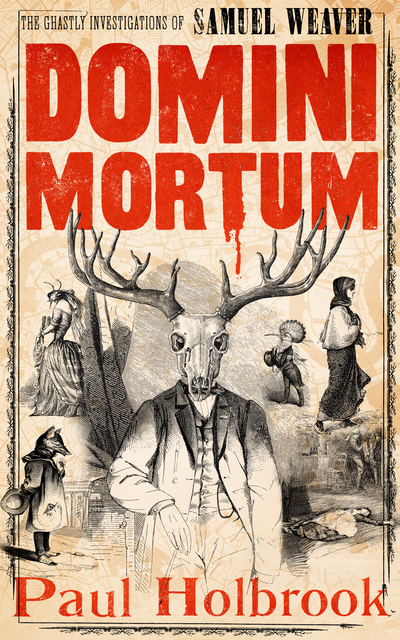 Fiction | History
You made Domini Mortum a reality. It's available in all good book stores now.
$8
154 pledges

Signed copy of the prequel

Signed and dedicated paperback copy of author's first novel Memento Mori, the prequel. Plus an ebook edition of Domini Mortum and your name in the front of the book.

Evening with the author

An evening with the author in Pluckley, Kent (the most haunted village in England) including drinks at The Black Horse and a personal ghost tour of sites featured in Domini Mortum. Plus an ebook edition and your name in the front of the book. (Travel not included)

A short horror story (1000 - 2000 words) written just for you, based on prompts you provide. Plus an ebook edition and your name in the front of the book.

Suffer a grisly murder! Have a character in the book named after you (or a loved one). Plus an ebook edition and your name in the front of the book

It is the story of Samuel Weaver, an illustrator and correspondent for The Illustrated Police News, the biggest selling tabloid newspaper of the day.

Weaver is renowned for his work, using his employer’s influence and money to regularly enjoy unrestricted access to scenes of murder and crime. His sensationalist style of drawing and writing make him, in turn, both popular with the public, who love his bloodthirsty and violent stories, and hated by other members of the press and the police, who see him as a self serving monster.

Originally from York he moved to the capital because of his obsession with a series of child murders committed in Whitechapel six years earlier by a man named Sibelius Darke, a post-mortem portrait photographer. Weaver is writing his own account of Darke’s murders which he hopes to publish and find fame with.

As he investigates the life of Sibelius Darke, he finds himself meeting people who knew Darke; from the policemen that let him get away, to those who believe in his innocence and who claim that the murders were committed by a higher power.

Meanwhile another pattern of killings has begun in Paddington, and Weaver begins to suspect that these new deaths are somehow linked to the trail of terror left by Darke in the East End six years earlier. The journey will push Weaver to his limits and cause him to question everything that he believes and everyone that he trusts.

Domini Mortum is a dark, fast paced adventure which rattles through the cobbled streets of Victorian London and York, visits villages haunted by the terrible deeds of the past, and comes face to face with high society, where power and corruption have sunk to new depths.