Why brands with a purpose do better and matter more 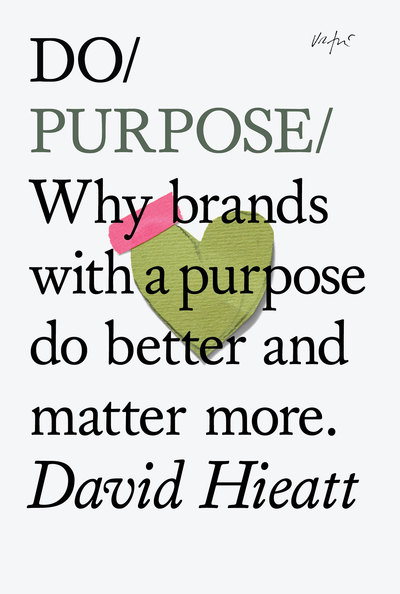 Business
Rewards for this book are not available.

2-hour Skype session with David to get advice on creating a purpose-driven brand, plus a Deluxe numbered, signed edition limited to 75 copies and handbound in Hiut Denim.
$1,250  + shipping
2 pledges

Private lunch with David at the 25 Mile in Cardigan, Wales with advice on creating a purpose-driven brand (incl storytelling, branding, building a team), plus 4 hours of follow up Skype, plus a Deluxe numbered, signed edition limited to 75 copies and handbound in Hiut Denim.

Have you ever noticed that some of the best brands in the world make us feel something? They tell us their dreams and what they want to change. They bare their soul. And it touches us. At some point, we stop being customers and become fans.

These companies like Apple, Patagonia and so many smaller businesses have a reason to exist. They know why they get out of bed in the morning. They have something that most brands don’t have: A Purpose. And it is an incredibly powerful thing.

Purpose gives you strength to fight the impossible. It builds your culture. It wins you your fans. It is your back-bone. It is your stubbornness. But more importantly, it helps to stop you from quitting. The pain of quitting a business is one thing. But to quit on a dream is quite another.

In this book, David Hieatt (founder of howies and Hiut Denim) will reveal the intuitive (and often counter-intuitive) principles at the heart of any great purpose-driven brand – and show how you can apply them to your own. Things like:

Would the world be different, better even, if more businesses were like this?

Special editions – including a limited edition hardback handbound in Hiut denim from the factory in Wales – access to the author’s shed and private events will be available exclusively to supporters of the book through Unbound.

About Do Book Company

The Do Book Company is an independent publishing house based in Shoreditch, London. We produce a series of inspirational pocket guidebooks in print and digital formats.

Our books are written by speakers from the Do Lectures whose ideas have inspired others to go and Do. Our aim is to recreate that same positive change in book form – whether that’s the mastery of a new skill or craft, a simple mindshift, or a shot of inspiration to help you get started.