One young carer, three identities - and the mother of all shitstorms

Some news about the crowdfunding

So I don't imagine any backers of this book monitor my crowdfunding metrics on an hourly basis the way that I do. But if you have been, you'll have noticed that something strange occurred this past week. In the space of a mere second, we jumped from 65% funded to 74% funded without any new pledges of support. This wasn't a bug or a glitch. Basically, we moved the goalposts: we've cut the size of the print run, cancelled the launch party and trimmed various other publication costs. It ain't cheating, it's just an open relationship with our funding target. And it means we're now three-quarters of the way there!

February marked a year since we launched the crowdfunding. I know many of you were hoping the book would be published later this year, but as we haven't made the numbers yet, that just isn't going to be possible. Up until recent weeks, the question most supporters asked me was when would they get their hands on the actual book  (The answer is about 9-12 months after we hit 100 per cent funded.) However I'm now beginning to get asked a very different question by some supporters – namely, when will they get their money refunded if the crowdfunding fails?

So let me just share some thoughts/ reflections/ excuses:

Yep, it's clearly taking us a while to fund this book. And, yep, this book is proving a challenge to sell to potential readers. But it's a challenging subject. And I don't just mean challenging in terms of content, I mean it's also challenging in a sort of moral sense. This point is important. Unlike other forms of social injustice or discrimination, when it comes to the plight of young carers, we're not talking about something that's actually intrinsically wrong. After all, many of these kids want to take care of their parent and are doing so out of love. So instead of being a matter of trying to right a wrong, it's a question of degree – the extent of their caring responsibilities and whether they're provided with enough external support. In this fight, there's no evil or prejudice to defeat and there's also no one to blame. And therefore there's no clear-cut conflict. And as any storyteller or journalist will tell you, without conflict it's really, really tough to get people fired up about something.

But here's the thing: that's precisely why I wrote this book.

And it's why I won't let this project fail.

But, yeh, I could really use some help, though. If you have some spare time, I'd be very grateful if you could try to convince just one more person to back this project. We need another 125 people to pre-order a £20 hardback and we'll be done.

I've pasted some images below that you can use in emails and social media posts. Just attach them as you would a photo. Not only will they help your posts stand out, they've also been a really good form of art therapy for me while I obsessively monitor my crowdfunding metrics.

Once again, thank you all so much for supporting this book.

- Link to the crowdfunding page: https://unbound.com/books/the-story-distorted 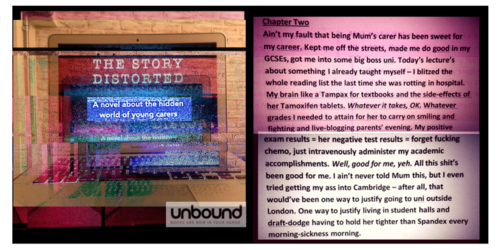 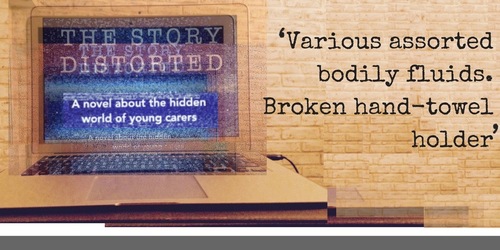 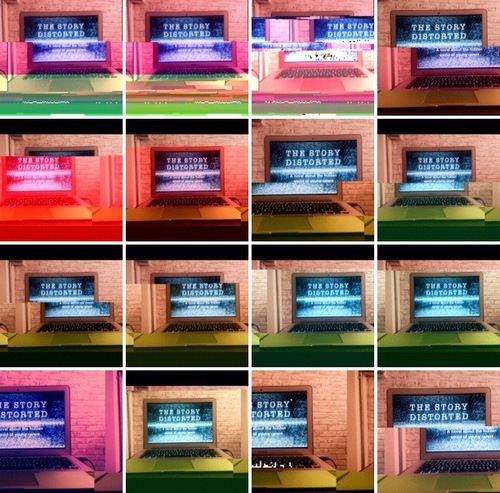