One young carer, three identities - and the mother of all shitstorms 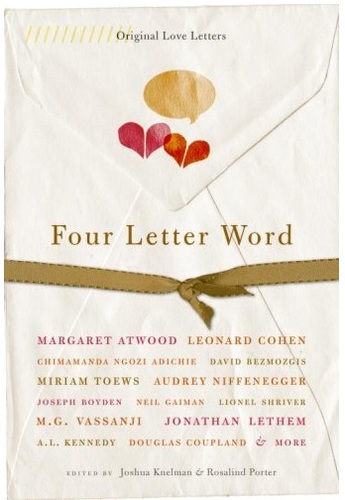 Did dad write letters to you? I know he sent you the odd bunch of flowers when you were both young (I suppose the correct word is courting) because I found the little message cards you kept. I was clearing out some old crates and boxes in the attic earlier today and I found them in a shoebox full of your old postcards, photographs and even your old, expired passports. I’m writing this letter up in the attic, away from Kate, because she always complains that I never write letters to her. I tell Kate I live with her, so why would I write to her? If I lived with you, then I probably wouldn’t write to you either.

Anyhow, I was going through the old crates and I found a letter I wrote to you when I was at school which I’ve kept hold of all these years. So I thought I’d give it to you now – albeit about 25 years late. And somehow I’ve ended up writing this letter as well, which I suppose makes this a covering letter for the original one.

You’re probably wondering what on earth I was doing writing to you while at school.  If I remember right, it was part of an English lesson. It was when I was in Mrs Arnold’s class, which means I must have been about eight or nine years old. You remember Mrs Arnold, don’t you? I think she’d asked us to write a letter to a hero or a person we admired. She was always setting us bizzare tasks like that. Perhaps she secretly hoped someone would address a letter to her. A love letter, perhaps. After all, we may have been allergic to girls back then, but I remember lots of boys in my class were infatuated with Mrs Arnold. I wasn’t, of course. I didn’t have any childish crushes on anyone. Actually, I think we weren’t supposed to address our letters to real people. They were meant to be to a character from a story. That was the rule. But I addressed mine to you, and all the other kids started teasing me. Especially Keith Mackenzie. Remember how I used to complain about him?

Anyway, I’m sorry I didn’t give the attached letter to you when I wrote it. I was being a bit pathetic, I suppose, embarrassed because Keith Mackenzie and the others had laughed at me. It wasn’t as if any of them knew about Oedipus or even Norman Bates back then – presumably most of them still don’t. But nonetheless, they considered it weird of me to have written a love letter to my own mum. Maybe it was, but I was nine years old. Who else was I supposed to love? Or even like? I didn't even care much for Madonna or that girl from Grease – Sandy, I think – I only hung those posters on my bedroom wall to show people that I was all right, you know? I’m sorry if some of my posters offended you – you’ll be glad to know they weren’t in the boxes of junk I was sorting through today because I threw them all out when Kate first moved in. During my first cull. She doesn’t like clutter, you see. She’s into minimalism and feng shui (which she pronounces “fung shway”). She forced me into the attic today because apparently I’ve contorted my Chi. She always mocks my tendency to hoard things – somehow she always mocks me, full stop. You’re going to say you told me so, right? That I should have known better. I know I’ve discussed this with you many times before but finally I can appreciate why you never liked Kate. I suppose it’s as well you don’t have to live with the consequences of me ignoring your opinion and I hope this letter doesn’t disturb your resting soul or anything. It’s just that when I found the old letter and decided I had to come by and leave it on your gravestone, I thought I’d add a few more words while I was at it. Keep you up to date.

I suppose I just want you to know that I’ve come to realise you didn’t like Kate because you didn’t think she was good enough for me. Perhaps I always knew this and I always knew you were right. Perhaps that’s why I’ve never written Kate a love letter. I’ve never even written the little message card when I’ve given her flowers. In fact, I don’t think I’ve ever written too much inside her Valentine’s, Birthday or Christmas cards either. Just “Dear Kate”, then whatever the card has to say, then “from Michael”. Not even “love from Michael”. That’s minimalist, right? Kate keeps things even less cluttered by throwing all those cards away the day after I give them to her. You’ll be glad to know my junk in the attic didn’t include any of Kate’s cards to me. That’s just as well, seeing as I need to clear more space up there to make room for her body... only joking – it’s just as well I’ve inherited your dark sense of humour.

I was thinking this same thing just the other day. I was smelling your perfume and found myself trying to decide what aspect of your personality it most clearly resembled. And I decided it was either your sense of humour or that elegant way you carried yourself. I often carry your last bottle around with me – the little glass pyramid leans perfectly against my ribs. And no matter how much de-cluttering I’m forced into doing, that’s one thing I’ll never throw out. Scent is pretty strange, isn’t it Mum? I can’t tell whether that bottle contains the scent of the perfume or the scent of you. The obvious answer - that you smelt of the perfume - doesn’t really suffice. After all, I imagine even your shampoo smelt the same as your perfume and your hair still smelt of shampoo even if you hadn’t washed it for weeks.

I have a friend called Ahmed who says a son can never ever thank his mother enough. I can see what he means by that. That’s why I actually found myself in tears when I came across the enclosed letter. If only I’d just given it to you back then. I wish so much that I’d just given it to you then. I hate myself for worrying about what people like Keith Mackenzie said. For being embarrassed about getting called a mummy’s boy. There’s nothing wrong with being a mummy’s boy, is there Mum? How can I have been so stupid? But I didn’t know you wouldn’t be there one day. I mean, how would I have coped if I thought one day you might not be there? I wouldn’t have bothered going to school in the first place, would I? I wouldn’t have bothered watching TV or riding my bike or doing anything, Mum. But seeing as how it’d be impossible for me to thank you enough even if we both lived together forever, it probably makes no difference whether I carry on writing this letter or whether I just end here and let you read the original one.

Lots of love
from Michael x

Mrs Arnold wants us to write letters to someone from a story. Keith  Mackenzie told everyone he’s writing his letter to John Travolta. What an idiot, right? John Travolta is not a character, he is a real person. Keith says he is famous and he will never meet him, but that doesn’t make him not real, does it Mummy?

I told Mrs Arnold that Dad always says I have the most lovely Mummy in the whole wide world and so she is letting me write my letter to you. Sometimes Dad says I look like you. He calls me his Heaven sent son because he says that’s where I came from. But I don’t remember living there. I hope he remembers to buy you some flowers for Mother’s Day instead of forgetting like he did last year. I want to buy you some red roses but I don’t have any money.

I hope you like my writing. I am using a pen now, not a pencil. And I am checking the spellings in the dictionary. I even checked the word dictionary but I didn’t have to look it up because it’s on the front cover. I hope you like the letter I wrote to you yesterday, and the one the day before that and the one before that one. But I didn’t write those other letters as part of lessons. I did them during break time. I wrote them to say Thank you Mummy. Thank you for being my mummy and thank you for being so lovely. I wish we had some new pictures of you. Dad still cries when we look at pictures of you. I don’t even want to ask him to send you this letter because he might start crying again like last time. But I can’t send it by myself because I don’t know your address. Whenever I ask Dad where you live, he says you swapped addresses with me the day I was born. But I still I don’t know what that means. Why can’t we live in the same place? All my other friends live in the same place as their mums. Then I wouldn’t need to write you letters.

Thanks to all those of you who have so kindly supported my new book, 'The Story Distorted'. I'd be really grateful if you could continue spreading the word so that we can get fully-funded and put the book into your hands.