Don't Be a Dick

A collection of short, sweary essays from a girl who wants you to be less of a dick

I first wrote the book in 2019, which was very bad timing from my part because, thanks to the pandemic, 2020 offered up a LOT of new ways of being a dick that I hadn’t ever previously thought of. Thankfully, my agent and the other folk at Unbound are an understanding bunch and have OK’d the idea of me rewriting a lot of the book to allow for the new dickery we’ve all become acquainted with.It’s a collection of essays about mental health, self care and not being a massive tool written by me. I like to think of it as one of 2020’s great literary and philosophical works, but I also like to think of the Cat in the Hat as a cinematic masterpiece, so make of that what you will.

Expect to see chapters such as don’t be a dick, shut up and listen for a minute, nobody wants to see photos of your flaccid penis and don’t give shit advice. I’ve also been kind enough to include a summary the famous talk I gave to an audience of 4 (if you include the driver, which I do) in the back of a Carmarthen taxi in May 2019:
Don’t buy scented toilet paper. You’re welcome.

You get to read some sweary gobshite essays written by someone you barely know and who has absolutely no authority on almost anything and I get to look forward to the day I explain to my children that we’re poor because I chose to write a book with DICK in the title and so I never worked again. Everyone’s a winner.

Please go spread the word so that I can start shopping for more pets. I look forward to seeing your name in the back of the book, where I’ll be thanking everyone who pledges. Love you lots.

I love your updates so much I am really really looking forward to your book. Thanks for making me laugh every time! Think there needs to be an option where we can send this anonymously to people who need to take the advice in the title...

Oh so exciting! I was wondering where an update would be for this! I was getting worried something was wrong! I can’t WAIT to read this dear. ❤️

Great idea to make the book even more contemporary. I’m sure it’s worth waiting for

Signed first edition paperback and your name in the back of the book. 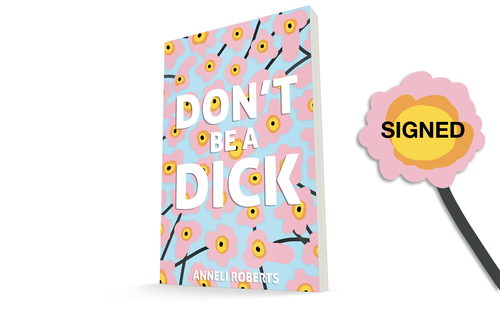 First edition paperback and your name in the back of the book. 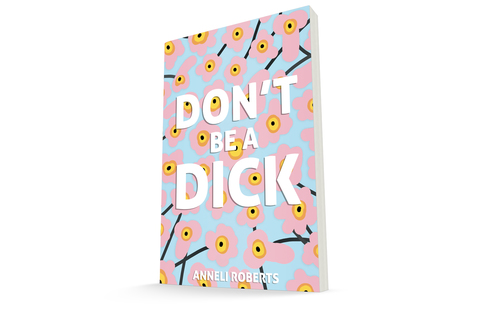