Where is the Dulwich Raider?

No matter what the artist Francis Bacon did the night before - and it was usually a ton of booze and rough sex - he would be at his easel by 6am demonstrating his extraordinary gift. 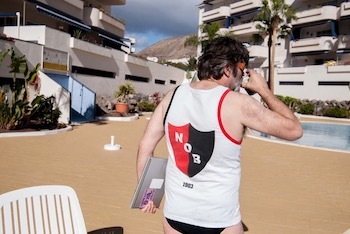 That’s the kind of work ethic we were going to need in order to put together a catalogue of the best days out South London can offer, in tales woven by colourful characters throughout the pubs, parks and thoroughfares of the Chosen Boroughs, over the next 3 months.

There was no doubt about it, we agreed. We were going to have to crack on with it. Really very soon.

Then, after almost nearly a whole half day in the saddle, I thought I’d give my writing partner a call to see if, like me, all this writing was making him thirsty. It’s so important to the creative process to keep hydrated, I find. And I’d done about 30 words (including the title). But, not only did the Raider not pick up his phone, something was odd about the ring tone. It reminded me of, well, an international call. It soon hit me that on Day 1 of this, the pinnacle of his writing career, the culmination of a lifetime of loafing, he had taken the week off and gone for some winter sun. In many ways, the perfect response to the onset of a load of work. 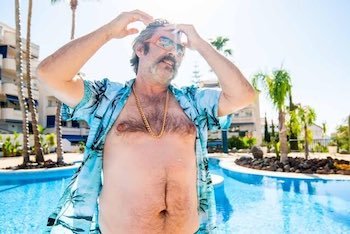 “Didn’t I mention it?” came a text. “In the Canaries, up a volcano, surrounded by lager.”

I was about to respond, when a second text arrived. “Bloody predictive text. Lava, surrounded by lava.”