We are delighted to report that broadcaster, journalist and author, Ned Boulting has agreed to write the foreword for Deserter’s book with Unbound. 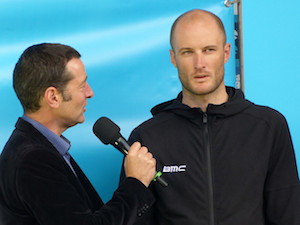 Ned has been an avid reader of Deserter from our early days, being lucky enough to have settled in the bejewelled boroughs of South London during his 20-year TV career.

He once tweeted: "Anyone with London in their hearts, especially the mystifyingly under-appreciated southeast, should read @deserterblog on a regular basis. Total genius.”

You’re most likely to recognise Ned from his commentating on ITV's coverage of the Tour de France, where he has become a fixture of the summer while we wait for the football season to start.

Working alongside elite athletes for much of the year has been the ideal preparation for the award-winning sports reporter to preface the Dulwich Raider and Dirty South’s first publication.

We’re chuffed to have him on board.