Ten Toes Down: Donald De La Haye VS the NCAA 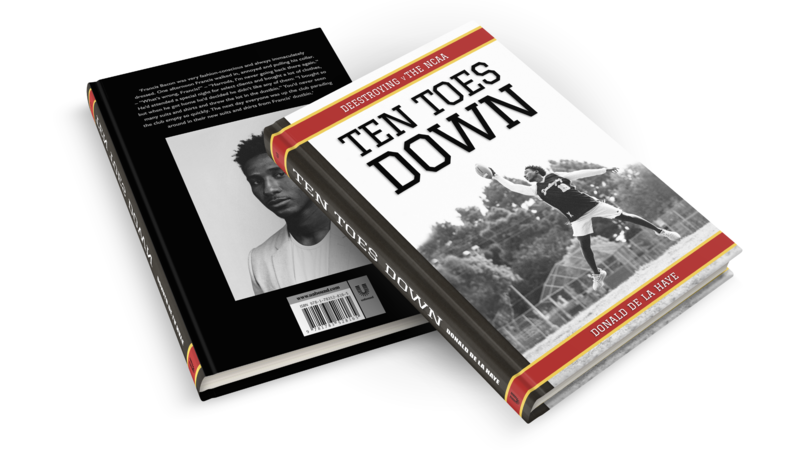 Donald will make a personalized video thanking you for your support! 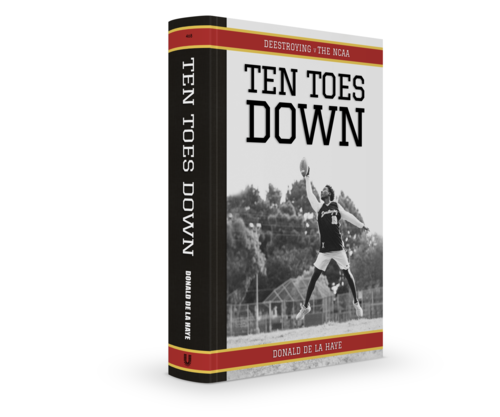 Your name printed on the patron page at the front of the book, as a thank you for your support

A one-on-one training session in person with Donald (1 hour)
Travel and accommodation not included; location TBA

Spend a Day with Deestroying (Only 2 available)

A unique chance to spend the day with Donald!
Travel and accommodation not included; location TBA

At 20, Donald De La Haye was one of the most promising athletes in America. Having won a scholarship as a kick-off specialist to the University of Central Florida, he was well on the way to following his dream of playing in the NFL. One thing, however, set Donald apart from other student athletes: he’s also a Youtube star. 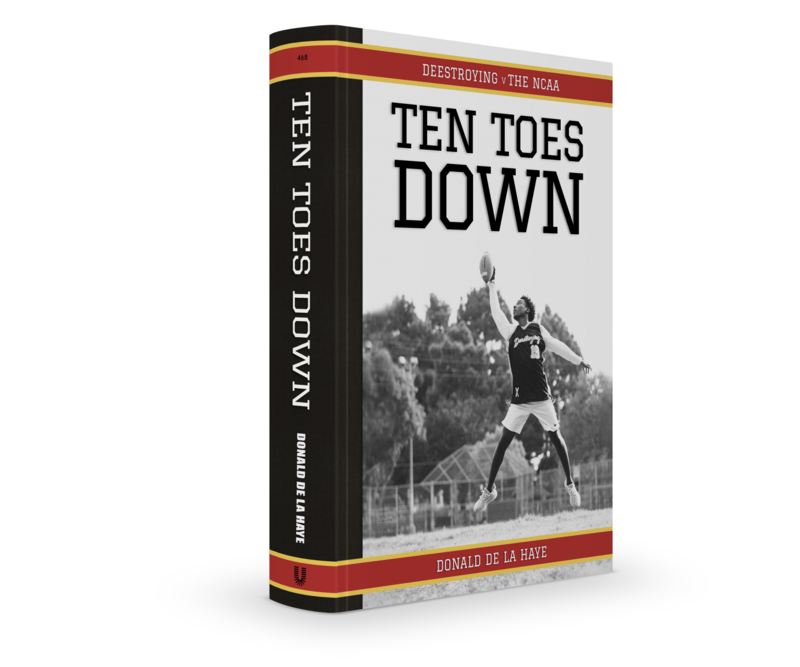 Since 2015, Donald has been posting videos about his football journey and life for his thousands of fans on his Youtube channel, Deestroying. But now, as a student athlete at UCF, there was a problem.

According to the National Collegiate Athletic Association, or NCAA, student athletes are not allowed to earn money from their name, likeness or image. The NCAA governs athletics at roughly 1,120 colleges and universities and they views Donald’s Youtube channel as being in breach of this rule. Instead of allowing him to play, study and make videos, the NCAA insisted Deestroying choose between his scholarship and his ability to make a living.

The NCAA’s rules are meant to protect the amateur nature of college sports, but is it really fair that coaches, schools, tv stations, the league and even the NCAA itself is making a fortune while athletes don't see a penny? Over $14 billion of sports revenue goes to the universities and colleges, while a billion or more in revenue goes to the NCAA themselves. The athletes are not allowed to earn anything.

Things are beginning to change though. As reported recently in The Guardian :

“Thanks to a landmark bill signed last week by the California governor, Gavin Newsom – a law which both critics and supporters say could fundamentally reshape college athletics – student athletes may one day not have to choose between a college education and the ability to earn money by using their name or image.

The so-called Fair Pay to Play Act, to take effect in 2023, would make it illegal for California colleges to deny student athletes the right to profit from the use of their names, images or likenesses, clearing the way for them to negotiate with video game publishers for the use of their avatars, get paid to sponsor summer camps, or land endorsement deals with apparel or sports drink companies. The act does not allow colleges to pay their athletes.”

The NCAA are fighting back though and the legal battle is set to dominate sport’s headlines for years to come, with Deestroying caught right in the middle of it.

In Ten Toes Down, Donald tells his story of his fight against the NCAA for the first time. The book will include interviews with other athletes and pundits debating the NCAA’s rule and look into its impact on student athletes in the 21st century. From a kid in Costa Rica to moving to Florida, to his football career spanning high school all the way to the Toronto Argonauts and working with NFL legends like Odell Beckham Jr. and Cam Newton, the book will chart the rise of Deestroying, finding a home on Youtube – and the fight to keep it.

Donald will make a personalized video thanking you for your support!