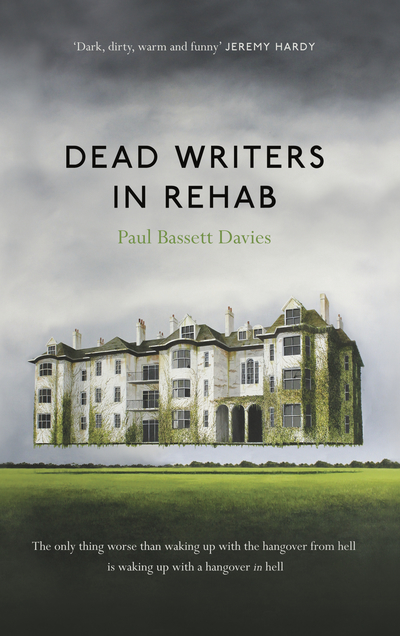 “It is dark, dirty, grim and confusing - in a very good way. It’s also warm, humane, funny and mischievous, and all the pages are in the right order.”

When literary reprobate Foster James wakes up in a strange country house he assumes he's been consigned to rehab (yet again) by his dwindling band of friends, and growing collection of ex-wives. But he realises there's something a bit different about this place after he gets punched in the face by Ernest Hemingway.

So, is Foster dead? After an acrimonious group therapy session with Hunter S Thompson, Colette, William Burroughs, and Coleridge, it seems pretty likely. But he still feels alive, especially when he gets laid by Dorothy Parker.

Then he discovers that the two enigmatic doctors who run the institution are being torn apart by a thwarted love affair. Now he and the other writers must work together to save something that, for once, is bigger than their own gigantic egos.

This is a love story. It's for anyone who loves writing and writers. It's also a story about the strange and terrible love affair between creativity and addiction, told by a charming, selfish bastard who finally confronts his demons in a place that's part Priory, part Purgatory, and where the wildest fiction can tell the soberest truth.