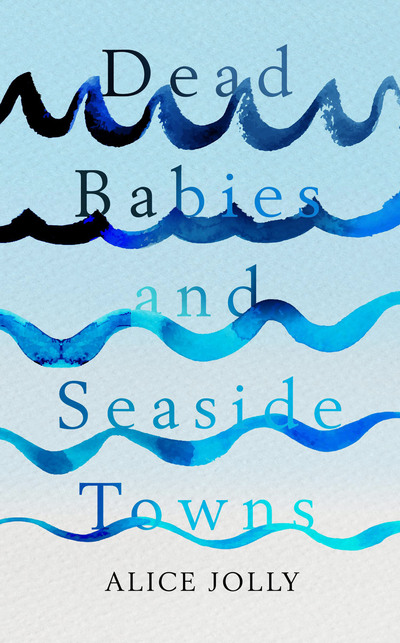 A compelling memoir of stillbirth, surrogacy and seaside towns

How far would you go in order to have a baby? Is surrogacy morally acceptable? If you need a surrogate and an egg donor how do you find them? Can you bring a surrogate baby from America into the UK legally?

Ten years ago I had never considered any of these questions – but when our second child was stillborn and all our attempts to have another baby were failing, we started to consider every possible option, no matter how unorthodox.

My memoir – Dead Babies and Seaside Towns – is the story of that period of our lives and of our relationship with two extraordinary American women who offered to make the impossible possible.

It is a book about motherhood, grief, infertility, alternative ways to create a family - and my odd love affair with Britain’s crumbling seaside towns. It is a sad book but I hope it is also beautiful and funny.

The events which it recounts are, of course, personal but I firmly believe that there is a real sense in which our story is every family’s story. The loss of a baby, infertility, miscarriages, alternative families – these issues are all around us, every day, even if many keep them hidden.

And that is partly why I’ve written this book. Because stillbirths and surrogacy are amongst the last great taboos of family life and I want them to be discussed more openly.

In particular, there is no book anywhere that tells the nuts and bolts story of a surrogate pregnancy. Instead people rely on information from the tabloids, much of which is wrong. By telling my story honestly, I want to lay the facts on the table and give you – the reader – the opportunity to form your own view.

I am also writing this memoir because I want to raise money for SANDS (Stillbirth and Neonatal Death Charity)* – an important and often neglected charity. 17 babies are stillborn in the UK every day – a much higher figure than in many other comparable countries. If we don’t talk about stillbirths – however painful that may be – then nothing will change.

I hope very much that you will support this book. If you do, then you will be helping SANDS to reduce the number of stillbirths and you will receive a beautiful copy of a good book.

*Once the initial subscription has been raised then my share of the profits (50% of every book sold) will go to SANDS. In addition to a list of subscribers, this book will also contain a Memorial list. If you would like to include the name and date(s) of someone you have lost we will contact subscribers for details before the book goes to press.