On Not Being a Parent

Hello from The Shed. We reached 100 supporters today, which is wonderful and humbling, so thank you all. Do keep spreading the word!

Theme in fiction is often a nebulous, chimeric beast, particularly so for an author as they reflect upon their own work. So often it emerges at a level not entirely understood, and often only in retrospect. A lot of the stories in Dazzling the Gods muse on fatherhood, something I hadn't really noticed until it was commented upon. I don't have children, so this preoccupation suprised me, though perhaps it shouldn't have.

Anywho, here's a little piece of flash fiction to emerge from this period. 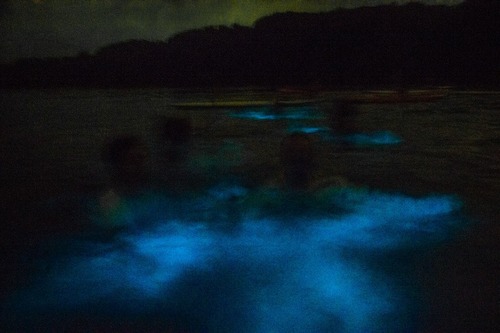 The copper-coloured sky of an hour ago has darkened, although there is still enough light to walk by. From the tall trees inland you hear an exodus of rooks, wings clattering upwards in applause. You call to your son, who lags behind, this annual pilgrimage along the coast path, the emotion of the thing, taking its toll.

So many hours of your own adolescence spent along this path and you strain to hear the sounds of youth: the purr of your reel once cast, the sonorous slop of weights striking distant water, the rhythmic tick tick as you wound in the slack.

‘Is it much further?’ he says. You’ve promised him a shandy at the pub.

Earlier, after placing the flowers down, you stopped to watch a cormorant skim above the water, tight to the surf, its elongated neck cleaving the air like an arrow shaft. You hoped for a kestrel, hovering at eye level, out over the cliff edge, but there’ve been none. She always spotted birds first, when the two – and later three – of you walked this path, her keen eye filtering out all irrelevance, a distant silhouette identified before its presence was even known to you. Watching your son you wonder how much of this she passed down, what her legacy will be.

You look out beyond the headland, picture the rusting hulks of wrecked ships that ghost the sea floor, forests of kelp slowly claiming them. The wind is gusting now, blinding you if you look into it, the air sharp, briny. Herring gulls and fulmars ride the thermals in long, graceful arcs, the easy rhythm of their flight soothing you a little. The gulls on the beach below issue proud, barbarous cries as they delve into the seaweed or jab at stranded cuttlefish. Beyond them, groups of sanderlings gather on the tideline in search of sand shrimps, their forms scuttling comically back and forth with each breaking wave, froths of foam eddying around them.

A year on and you still wonder what kind of a life can be fashioned in her absence.

You look out to the open water, its irregular surface specked with half a dozen fishing boats. A tanker sits sombrely on the horizon. For a moment you think you see the dorsal fin of a basking shark cutting through the swell a few hundred yards out, but by the time you find the spot with the binoculars, it has gone. Most, if not all of them, will have left for the warmer waters of the south by now. On the tip of the promontory ahead, sea heaves at rock, slamming into coves, the water forced up a blowhole with each wave, spuming into the wind.

As dusk draws in you climb a steep section of the path, sit on the tip of a headland looking out to sea and wait for him to catch up. A fishing boat flanks the coast, its silhouette crimping the water’s surface, the chunter of its engine pulsing faintly up to you both. Behind, in the vessel’s wake, the sea gleams a luminous azure, as phosphorescent algae are ignited by the turbulence, giving the boat a shimmering tail as if a million fireflies were following it.

You watch your son blow into his hands, steel yourself for the year he won’t want or need to come on this walk, his own life taking over, the memory of her receding a little more. You wonder if you’ll be strong enough on your own.

Inland the last of the day’s light washes over the fields. Ahead you can just make out the bone-white walls of the pub along the coast.

Your arm around his shoulder, you want to ask: Am I enough?

‘Race you there,’ you say instead.