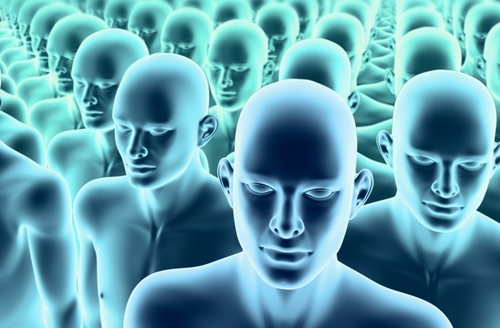 Writing my short story ‘Romi and Romina’ was a welcome departure from my preferred aesthetic of lyrical realism, a sojourn into science-fictional waters, though perhaps its thematic undercurrents steer a familiar course. Researching it was fun: barely any of Hemingway’s vein-opening.

If we are to believe Ben Okri – and I am inclined to – the short story is second in difficulty only to the sonnet. Yes, the various literary forms have their attendant challenges, but assembling a piece of art that aspires (and occasionally attains) perfection requires extraordinary skill and craftsmanship. (I’m not for a second claiming to have done so myself – this is what drives the artist on, no? To emulate Munro, Joyce, Carver, Proulx et al.) Think how even some of the best novels can lumber a little, feel contrived, too expository, too narrated. Much of the short story’s impact exudes from what is unsaid, what is felt and deduced - and in this sense the story is closer to the poem than its longer cousin, its guts located in the synaptic firings between words. And yet it must also function narratively, ideally on two levels. The best stories have a ghostly quality, that intangible essence of otherworldliness - think Turner's seascapes, a Terence Malick film. Often, at least for me, they require a language that is not merely about something, but is that thing itself. They must possess an authority from the outset, one that convinces utterly, that is somehow more real than real life. Fiction is too often regarded escapism (wtf is a 'holiday read'?); for me the short story affirms reality, reveals truths other art forms cannot.

Which makes my foray into science fiction a curious one.

Anyway, here’s a little taster of the story – it came runner-up in the Storgy Short Story Prize – and of course can be found in full in Dazzling the Gods.

She termed it ironic, though I suspect that wasn’t correct. How the one thing the human mind could not comprehend was itself. She didn’t mean the brain – that clod of moist beige tissue had apparently given up most of its secrets in the last few decades – but consciousness itself, which quite reasonably, she said, could be nothing more than a conjuring trick. And given our ignorance as to its origin, whether it even possessed a physical entity or not, it was entirely possible everything was sentient: cats, birds, insects. And without evidence consciousness required a brain at all, there was no logical reason to draw the line there. Plants, cars and desks could all be aware of their plantness, carness and deskness, merely unable to communicate it.

‘Evolution,’ she said, ‘could easily have produced creatures atom-for-atom the same as humans, capable of everything we are, just with no flicker of self-awareness.’ Such were the overtures Romina brought home from work and offered up as I attended to some unremarkable aspect of domestic life.

We’d met in a floating jazz bar down on the river, one of those trendy, ubiquitous places inhabited by the city’s great and good, at least until another venue became de rigueur. I was neither adverse to the prospect of a relationship – short-term or otherwise – nor seeking one, and although Romina wasn’t particularly my type, the encounter soon gained volition of its own, fuelled for the most part by her bizarre opening gambit. Once she’d established a physical attraction to someone, Romina’s method was simple: she produced from her jeans pocket a Trivial Pursuit card and proceeded to reel off questions, seemingly oblivious to the unorthodoxy of such courtship. Men (and, I would later learn, the occasional woman) who correctly answered three or four out of six were worthy of further enquiry; ones and twos, she would tell me, were deemed stupid, fives and sixes too clever for their own good. Owing to the sizeable gaps in my general knowledge, our interaction almost ended there, my own score of three achieved thanks only to a guess at the number of moons to orbit Venus. Answer: none. My prize was an endless succession of tequilas and a tour of Romina’s favoured nocturnal haunts, where we danced deep into the night like chemically-charged teenagers. After parting around 3 a.m., I walked home beneath a pre-dawn sky suspecting life had been reordered for ever.

Within a week Romina introduced me to the intricacies of shadow puppet sex. From the precise configuration of our hands and fingers, we made the backlit semblance of two beings, furnishing one – usually but not exclusively mine – with male genitalia, before having them converge mid bedroom wall, my little finger thrusting back and forth to our feigned bursts of pleasure.

‘You’ve got no stamina,’ she said as the smallest digit of my left hand cramped prematurely. ‘My shadow wants an orgasm.’