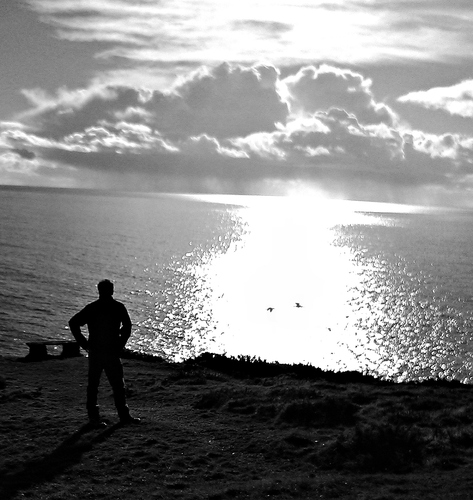 After penning my second novel, I was out of contract, and so began an at times pitiful period of pitching (try saying that after a glass or two), one to almost trump Alan Partridge's desperate soliciting of a second series (Monkey Tennis?). I drafted around five synopses I thought might tempt my publisher - pacey psychological thrillers, page-turning lit-lite – promising to turn out one a year. Nothing quite hit the spot for them, and so to stave off the fallowness that loomed, I returned to the literary form I'd started with: the short story.

I write slowly as a rule, and can easily spend a morning on a page. More so when composing stories, as I seek to trouble sentences into existence, whilst ensuring they don't draw attention to themselves. And like an absent but not forgotten lover, these new stories rekindled something primitive within me as I grappled with form and content, with structure and voice, to, I hope, write something of worth.

The more stories I wrote, the more I wanted to write: that third novel was going to have to wait.

Stories, good ones at any rate, are rarely fashioned with ease, their alchemy complex and, in my case, a multi-layered procedure. They require a poet’s precision; they must have a subtext, a second story, veiled within the first. Their language must function, not merely on a literal, expository level, but an affective and abstract one too. Significant space is left for the reader to occupy, ellipses that must still be implied, evoked. None of which is achieved simply. I can write the bare bones of a piece in half a day, but remain dissatisfied with it for months, cutting and pasting, mostly cutting. Every sentence must be perfect in efficiency, must bear the weight of the others. From compression comes a great reverberating power.

The best stories are deeply immersive, yet hold something back, reluctant as they are to yield all their meaning, at least on early readings.

But of course story collections, we’re told, don’t sell; they are, like poetry, written for those who write them. They are tricksy, full of artifice and ambiguity; they shun satisfying narrative arcs, are more art than entertainment. They can be difficult, demanding creatures. Perhaps. But they can also be things of great beauty and elegance and profundity. They tell us so much about ourselves; they reflect in complex and wondrous ways on what it means to be alive, to be human. They can exult and dazzle. They do demand more than an airport novel, but the payoff is that much greater.

Dazzling the Gods must reach its funding target in a couple of months. So do spread the word. Thank you for your support.