A little treat to celebrate reaching 10% funding. Dazzling the Gods contains a few shorter short stories, one of which is below. 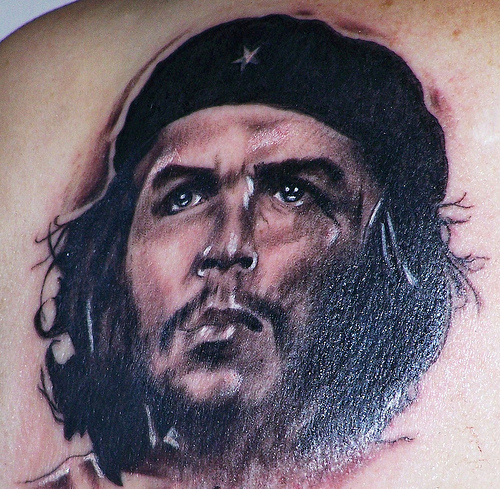 Once a week Clive takes the new intern to a hotel in Covent Garden. Furthering the frisson is the knowledge his wife would be appalled at the price of rooms there.

As her head nods repeatedly up and down like a donkey’s, Tanya wonders if all men his age have such obvious odour issues. His age being roughly that of her father’s.

The note says he’ll be late home again. This would have bothered Roz once; now it comes as a source of pleasure. She will light some candles, have a long bath and open one of his expensive reds.

Perhaps he should join a gym, get in shape. Last night he read about hair transplants, how a strip of the scalp is harvested from the back of the head, divided into individual follicles, then inserted into small holes in the crown. Like a vegetable garden.

You have to make sacrifices, Tanya tells herself, if you want to get to the top. It’s just a bit of fun. Right on cue, he turns her over.

On Saturdays, when Clive is ‘at the office’, she spends the afternoons watching her father dribble as he plays gin rummy with others in the care-home. She’d like to speak of her decision but the words would likely kill him.

He is fascinated by the new tattoo of Che Guevara on her lower back, the way the face contorts and smiles a little as he pounds away. Roz hates them, of course. Perhaps he should get one, something tribal, or his name in Sanskrit. He will ask Tanya’s advice after.

Tanya knows how the industry works. It’s not what you know. Shutting her eyes, trying not to breathe through her nose, she pretends it’s the guy from marketing, the one with the shoulders.

She married too young. Or too something. It was what you did, especially when ‘impure’ thoughts threatened to take root, thoughts that scared you but which were now more established than the large sycamore across the road. And it is time to blossom.

Clive can’t help himself; it’s in his nature. And you shouldn’t deny your nature. He has needs. It’s not as if his wife is interested in such matters any more. It’s probably grown over.

Once promoted, Tanya will break it off gently. And then focus on Shoulders. Within a year they will marry and have beautiful children. She feels sorry for people without goals.

Roz has a secret that no one knows. Not her late mother, her incontinent father. Nor her children. She should probably ask Clive to sit down before telling him tonight. She would like a picture of his expression.

Che’s grin is mocking him now. And with every third or so slap against Tanya’s arse, he appears to wink, to egg him on. It’s as if he’s banging Che Guevara.

Her boss has normally come by now. That was what made it bearable, the brevity. She issues words of encouragement, tells him he’s a tiger, says she’s hot for him, that it’s the best she’s had. If they’re done by half past, she can buy that new top in River Island before it closes.

She first saw her at yoga class a month ago, wild-haired and serene, like a goddess. It was like being a teenager again. She came home and practised Inverted Tortoise until the thoughts left. At class the following week, the woman caught her staring and smiled.

Clive will google it later. It had never been a problem before. He’ll order something to be delivered at work, something to prolong his rigid state. Che, meanwhile, looks appalled.

If Shoulders puts up resistance, she will bring out the killer heels. They had only failed on one previous occasion, and that was hardly her fault. And there was always Shoulders’ colleague in Accounts to fall back on.

Last week she decided she would leave him the cat. That was last week. He can keep the car, the house, the silly device that dries salad leaves, but not the cat.

He tells Che: ‘She just doesn’t appreciate how hard I work. Her only stress comes from choosing what to cook.’ He wonders what’s for dinner.

Perhaps faking her own will help.

She hopes the cat will be OK in the new flat. Butter on its paws, a friend told her, when she first lets it out. Will margarine work?

Despite everything – her milky skin, her perfect breasts – Che has toppled his erection. Overthrown it. What he needs, what he really needs, is the whole Bolivian army to silence his smug face. Or something to put over him.

The children will have to divide their time when they come home now. She suspects, eventually, they’ll find it amusing. Progressive.

In the lobby, as Clive checks out, the woman at the desk gives him that knowing look. He would like to tell her what he cleared last year before tax. He looks round for Tanya, to ask about tattoos, about the file he needs ready by Monday, but can’t see her.

River Island is closed. She looks longingly at the shoes in the window, imagines she has just spent the afternoon with Shoulders.

Her last night in the family home. The neighbours will dine on the scandal for months, rally round Clive 'at this difficult time'. After finishing packing, she pours more wine and slips into the bath, wondering what it will feel like, with a woman.