Art as Response to Atrocity

The tonal range in Dazzling the Gods is a broad one, satire buffing up against elegy, lyrical realism mixing it with quasi-science fiction. One story in the collection, though - 'The Grandmaster of Gaza' - was wrought from anger at world events, not an approach I'm comfortable with, but there we go. I was asked to explore this process for a literary journal, a copy of which is below. Thanks to all the new pledges this week. We are 23% funded. 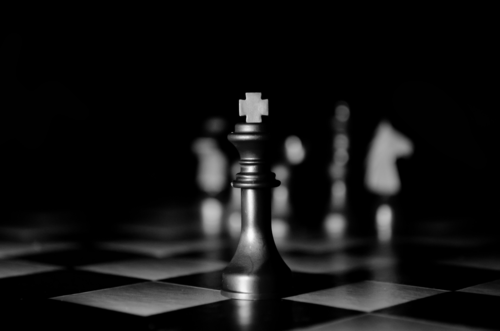 Writing about chess – my story features a father whose daughter’s mastery of the game is set to match her grandfather’s – was easy. Writing about Gaza was not. I learned to play chess from books and from a friend, who in turn had learned in prison. It was an introduction to a remarkably complex game, one that, for mere mortals such as me, requires several lifetimes to fully appreciate. And although as a spectacle, the game doesn’t necessarily lend itself to compelling, profluent fiction, short stories tend to possess a subtext, a story between the lines – one obliquely glimpsed, perhaps felt more than known – and so the chess serves more as allegory than narrative device.

In the early days of the piece’s composition I was seduced by the idea that an inherited genius for the game skipped a generation – in this case a father whose voice narrates, albeit in close third-person. He has lost much, almost everything, yet the hope that would diminish in most, prospers vicariously, in his daughter’s sanguinity, in the birds he fixes and releases.

The story is unashamedly a response to the 2014 events in Gaza, and whereas I hate to sense a writer embedded somewhere in their story, this is inevitable at times, as we mine the rich seam of all we know, all we feel. Certainly I’m wary of politicizing work, not for fear of setting an unpopular aesthetic course, but because it tends to groan with its own didactic lumbering. Such stories can feel contrived, gimmicky, inauthentic and worse: sticks to beat the reader with. But of course characters are unfailingly political creatures, inhabiting some political system or other, prey to decisions made by the powerful. And of course the short story, perhaps more than any other literary form, is adept (perhaps best placed) at shining a light on the dispossessed, the marginalised, the voiceless.

The author, meanwhile, is left open to accusations of exploiting grief, of excavating a conflict they are unable to bear direct witness to. Fact is flagrantly woven with fiction: the make-shift zebra in Gaza’s zoo was a true account, as was the lion opening a man’s chest in the tunnels at Rafah. It sits uncomfortably: brutality, the horrors of war, used as commodity for art. Coetzee voices these concerns via his character Elizabeth Costello in the work of the same name: ‘Death is a private matter; the artist should not invade the deaths of others.’ And yet fiction, of course, has a duty to respond to atrocities, albeit a duty that bestows the author with great responsibility for how real-life violence is portrayed. Side-taking is hard to avoid. It is what novelist Alex Preston terms ‘the trapped nature of the author, at once on the side of the victims and yet inescapably linked to the structures of hegemonic power’. Unlike a venerated war journalist, in dramatizing violence we become complicit in its manifestation: we interpret it, manipulate it, use it to furnish our narrative needs. And whereas the novelist might distinguish fact from fiction in their acknowledgements, the short story writer rarely does.

It is debatable whether or not the author’s quest to be verisimilar exonerates them from such charges of exploitation. Time seems to absolve this – further succour to the novel then, which generally appears several years after the events it prospects. Stories, though, are immediate and impulsive. They tend to be built upwards, assembled from sparks of imagination and emotion, from reportage, non-fiction, anecdotage – normally my only concern the literary merits of the thing. They can delight, be playful and affecting and dangerous all at once. And yet this story was unlike any other I’ve written: it came from anguish and helplessness and anger, which is perhaps no bad thing.