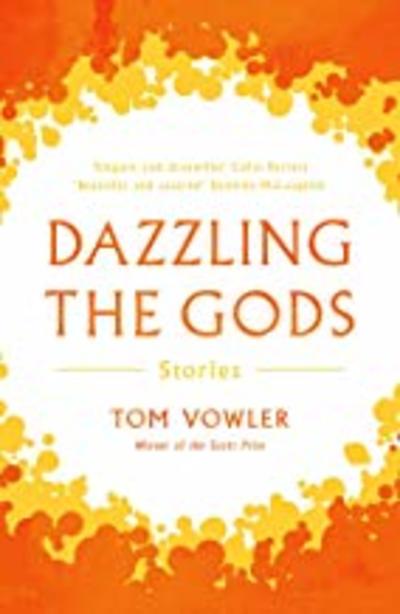 "Tom Vowler draws you into one kind of world, and with a sudden, elegant unfurling of a conceit, or a metaphor made eerily literal, transports us somewhere else, our preconceptions undone and our certainties vanished. His writing is close and meticulous, the better to reveal to us the uncanny and dreamlike vistas of his stories." Colin Barrett


"Vowler’s stories, with their beautiful and assured prose, intrigue, delight and challenge all at once. His vivid, powerful images continued to haunt me long after I’d finished reading" Danielle McLaughlin


Dazzling the Gods is the second short story collection from award-winning author, Tom Vowler. It is rich with dark, beguiling, playful and audacious tales.

A brother returns from exile to stir up the past. A macabre performance in the bowels of a Parisian museum that must be seen to be believed. Lovers torn apart by heroin confront their loss in wildly divergent ways. A severely disabled husband struggles with the permission he has bestowed. A credulous lover finally faces the crimes of her partner. A father hopes his son never tires of their pilgrimage. And a widower observes his daughter blossoming amid the carnage of war.

'Vowler is not afraid to be new, to be dangerous with it and flaunt his talent.' - The Short Review

'Vowler's characters live with a heightened sensitivity, as if in the wake of some disaster.' - Luke Kennard