So Here It Is, The Autobiography

How the boy from Wolverhampton rocked the world with Slade

So Far, So Good

A lot of momentous events spurred me on to write my autobiography. Reaching seventy, surviving a stroke and seeing my grandkids born. Then Slade, as a touring band, being big again. These all made me stop and think, and for once, instead of racing forward, I looked back.

For the first time I asked myself 'how come Slade, at their peak, were so huge?'

Instead of just re-tracing my life and enjoying all the great moments and cataloguing our successes and achievements, I want to know how Slade became the biggest band in the UK in the seventies and massive all over Europe and Australia.
Slade didn't become a success over night. We'd been on the road, working hard, for years before our first hit, but then, in the very early seventies, we were huge. Our success and impact was often compared to that of The Beatles. That's still mind blowing to this day.

We had six roller coaster years of mega hits, huge tours and were constantly on the TV, radio and in the press. Totally amazing stuff and I still feel so lucky and proud to be part of that. So much was going on. We never questioned why we so successful or ever thought that it would stop. We were very much 'in the moment'.

Then, after the break up of the first group, Don and I were so busy with taking the new Slade on the road. Even in our seventies, we're still busy touring, playing parts of the world which we've never visited before and seeing loads more fans than we ever did in the seventies and eighties. It's been a real eye-opener.

In writing my autobiography I've finally had chance to stand back, look at what Slade did and, in some ways, work out how Slade became so successful. This is obviously not just about the band; our music and our 'look', which are important, but is about many other things.

Slade's success is about the culmination of lots of things happening at the right time. Also, Slade is, and always has been, about two things: the band, and our fans. We are one. 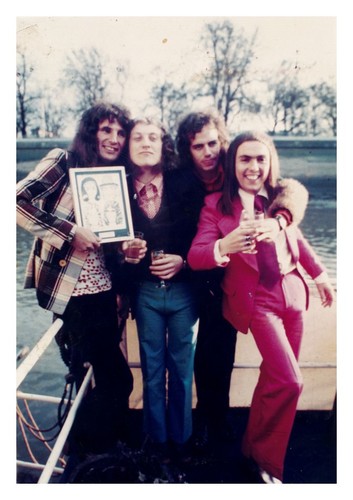 Proud to be one of the 516 backers, really looking forward to the book!

Dave
You'll never know how much you
And your 3 band mates changed your fans
Lives
From bedrooms to concert halls
From school playgrounds to public houses
All over the world
You guys really did changes and shape people's
Lives for the good
Not many people can say that ...
All the world is a stage
And the mad monks were such sight
Looking forward to a good read
Thankyou Mr Hill
Paul Goverd

Very happy to have pledged for the book Dave. Slade was the first group that I followed back early seventies. Saw you at Melbourne Showgrounds with Status Quo, Lindesfarne back in 73 and I have never looked back. Well remember you guys were the main act but came on before the Quo because of heavy rain.
Got all the albums including re issued vinyl... Rockon Wilquo ( Michael Wilkins)

I have been with you from the start still come to your concerts and if I need cheering up I just play one of your songs (great concert in March by the way.

For the first time, hear the guitarist and style icon from the most successful British singles band of the 70s tell his own story in his own words – and in in his own voice! The audiobook goes beyond the print version. It’s Dave at his best – telling (and expanding on) stories, adding in details, putting his life in context. An essential for all fans of Slade and 70s music in general. 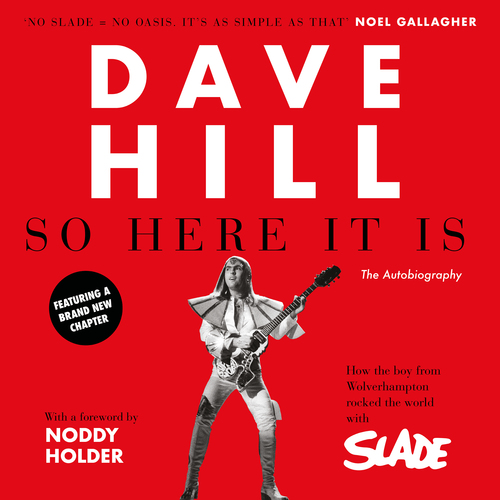 For the first time, hear the guitarist and style icon from the most successful British singles band of the 70s tell his own story in his own words – and in in his own voice! The audiobook goes beyond the print version. It’s Dave at his best – telling (and expanding on) stories, adding in details, putting his life in context. An essential for all fans of Slade and 70s music in general. PLUS the hardback book and the ebook.