How is everyone? Enjoying the summer so far?

I thought I would push your excitement levels to the max with a book competition!

I’m offering my personal copies of the four books which influenced Darwin’s Soldiers to anyone who upgrades their pledge during July – or to any new pledgers joining our crew.

The influential books are:

The Art of War – any new pledges for the e-book

The Book of Imaginary Beings – upgrade to the paperback reward

The Face of Battle – upgrade to the Cover Art poster reward

Spread the word or maybe treat yourself to a new reward!

(Any recent July upgrades or pledges will be included in the draw, which will take place in August) 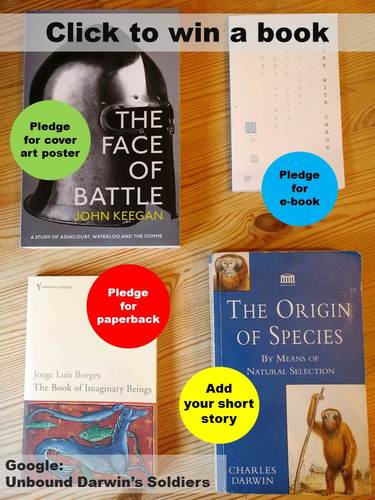