Can we reach 50% before deadline day?

Where has the time gone? It’s been almost three months since the gates were opened and the first pledges streamed in for Darwin’s Soldiers. How our band of merry readers has grown since! Warm thanks to all our newest pledgers and generous patrons!

Deadline day approaches and I hope if we reach 50% we will be granted an extension – Darwin’s Soldiers will be published!

In the meantime, and with a tip of a hat to Gulliver’s Travels, here’s a little excerpt from Darwin’s Soldiers:

Sussex jabbed his broadsword into the insect’s eye and fell back as Crossley lobbed a toadstool into the cave. The explosion sent them flying.

‘What did you do that for you imbecile?’ Sussex roared, dusting himself off.

‘We had to kill it,’ Crossley replied.

John looked up to see row after row of hexagonal caves lined on top of one another. ‘There must be hundreds of them.’

More screams could be heard. John rushed to Mata’s cave in time to see a pair of glistening jaws piercing through the rear of the cave.

‘Everyone out of the caves and downhill as fast as you can,’ Sussex bellowed A low humming was coming from within the immense cliff.

John grabbed his bag and ran, catching glimpses of jaws and clawed feet bursting through the walls of each cave he passed.

‘Bloody giant wasps,’ Crossley muttered. ‘What’s next? A troop of groundhogs with machetes?’

‘Downhill!’ Sussex shouted and led them into the forest.

The humming noise was getting louder. With a glance back, John saw a line of wasps the size of fighter planes streaming out of the nest.

‘We have to get under the trees!’ John yelled.

They were at the forest edge when the first insects attacked: grabbing the stragglers and stabbing with their stings.

‘Don’t stop!’ John shouted to a medieval lancer who struck out at the flying beasts with his long spear.

‘I’ll hold them off,’ he jabbed one attacker in the abdomen, sending it falling to the ground in a wild panic of thrashing legs and pincers. The buzzing grew louder in response.

‘You’re just making them worse!’ John shouted, but it was too late.

Three wasps descended and pierced the lancer with their metre-long stings.

Once again, there was nothing John could do. He turned and sprinted into the safety of the dark forest where the only sound John could hear was the blood rushing in his ears.

As ever, please share the Darwin’s Soldiers page with your friends, family, pets and enemies! 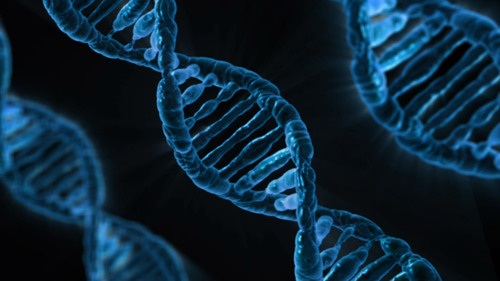