Swimming setting No1 - the Mixed Pond

Amazingly Daisy Belle has now reached 90%! She is ecstatic, and so am I. Thank you to everyone who has pledged, this literally couldn’t have been done without you. Now we just need a few more pre orders and the publication process will get underway…

There are three main swimming places that inspired the novel, and one is the Mixed Pond on Hampstead Heath, north London. Daisy Belle opens at the pond in the 1880s, and a crucial scene takes place here that alters the entire course of Daisy’s life… 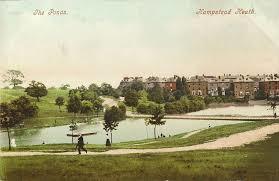 I decided to set the novel at the Mixed Pond because it’s not as well known as the Men’s and Women’s ponds, and it’s no longer open year round. Yet it was the first official bathing spot on Hampstead Heath. 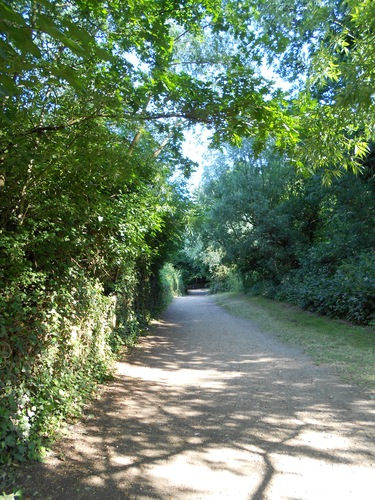 The path leading to the Mixed Pond

While the ponds appear natural, they were created in the 1700s to provide London with water. It wasn’t long before they were used for bathing, and concern over the number of fatalities led locals to demand a proper open-air swimming bath, with a changing hut and towels for hire.

In the 1880s the Mixed Pond hosted sporting events, including a Christmas Day race, and it was so loved by year round bathers that 237 took the plunge in one December, when the water temperature had been below freezing for over a week.

A decade later and the Mixed Pond was converted into ‘one of the prettiest spots imaginable’, and the path leading from the dressing room to the water was embowered with flower covered arches.

And then, at last, women were allowed to swim at the pond – on Thursdays only – and the ‘elegant costumes and swimming performances’ became a local attraction. So what better place than the Mixed Pond when Daisy Belle decides to perform ‘the highest dive ever known to man’? 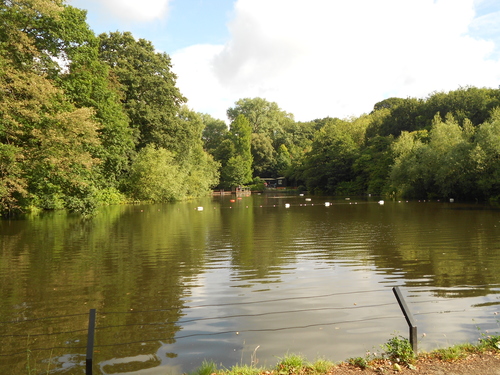