Swimming setting No.3 - The River Thames

Dear Daisy Belle supporters, things have been quiet on the update front – the novel funded so quickly that I decided to take the opportunity to do a longer re write. At the end of the 3-month campaign, we’ve now exceeded the target with 113%!

I’ll be sending the manuscript to my editor at Unbound any day now, then I sit back and bite my thumbs waiting to see what might need to change. A structural edit comes first, and that means a lot could be altered - from re working a plot line to erasing a scene or even a whole character....

In the meantime, here’s another swimming setting that inspired Daisy Belle:

On September 1st, 1875 Agnes Beckwith made aquatic history by plunging off a rowing boat under London Bridge and swimming five miles down the River Thames to Greenwich. She arrived just over an hour later, blowing kisses to the spectators along the way.

This was the swim that inspired my book Downstream, and set me off on a journey down the Thames in 2014 on the hunt for swimming stories both old and new. 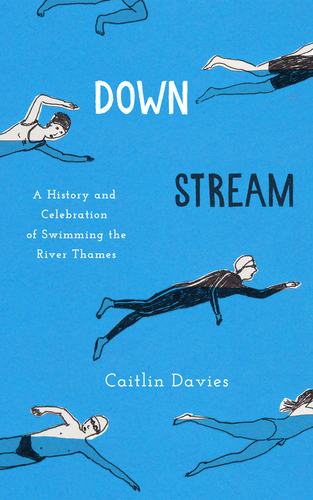 Agnes’ swim was the longest public Thames swim I’ve come across. But even more amazing, she was just 14 years old.

Thanks to Captain Matthew Webb’s crossing of the Channel the month before, long distance outdoor swimming was now all the rage. It was ‘the mania of the hour, and a very good mania too,’ commented one newspaper.

Agnes’ swim was also a publicity stunt and a money making scheme, dreamt up by her father, Swimming Professor Frederick Beckwith. Just weeks earlier another Swimming Professor by the name of Parker had advertised that his sister Emily (below, right) would swim five miles from London Bridge to Greenwich. Emily had started training; her brother had even fixed a date. 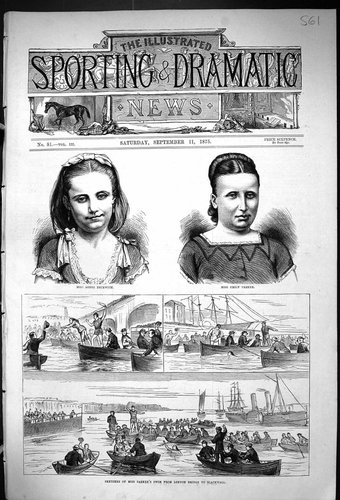 But Agnes Beckwith (above, left) got there first, and arrived at Greenwich pier to the spirited strains of ‘See the Conquering Hero Comes’. She had declined the offer of brandy and port wine (the usual form of sustenance favoured by long distance swimmers) and therefore accomplished her Thames swim with ‘no stimulant whatsoever’.

Ever since reading about her 1875 Thames swim, I’ve been imagining what it must have been like, and I’ve now completed several swims of my own, from the lush upper river to the urban East End docks and the salty estuary at Southend. 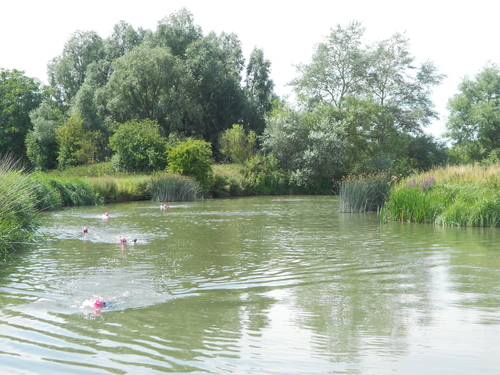 In Daisy Belle, my character recreates Agnes’ first Thames swim, with all the accompanying chaos and glory.

I’ll be talking about Agnes Beckwith’s life – as well as the career of high diver Annie Luker – at the River Weekender, part of the Totally Thames Festival. The talk is at 7pm on September 15th at Watermans Art Centre, Brentford TW8 0DS – right on the banks of the Thames! https://www.watermans.org.uk/events/watermans-with-words-caitlin-davies/