CELEBRATION TIME! Daisy Belle reached 100% of the crowdfunding target this week. Thank you pledgers, your support has been amazing. I’ve started editing the novel now, and soon it will wing its way to Unbound so the publishing process can begin.

There are four weeks left of the campaign, so there is still time for people to pre order a copy of the novel and get their name in every edition as a supporter.

Victorian champion Agnes Beckwith was born in London, but my character Daisy Belle is from Margate in Kent. It seems a likely place for a swimmer to be born, and after all her father Professor Frederick Beckwith was from nearby Ramsgate.

Margate was one of the first English seaside holiday resorts, initially a destination for royalty. Once the paddle steamers and railway arrived, it became ‘a seaside resort for the working man and his family.’ 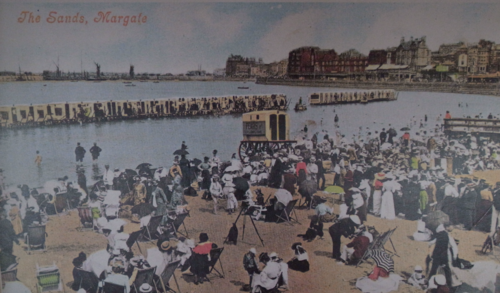 As well as sandy beaches and a pier, there was an annual regatta that attracted ‘rowers, swimmers, dancers and flirts.’ The town also boasted the first bathing machine designed to take people right into the sea.

This was the work of Benjamin Beale in the mid 1700s. He also invented a canvas ‘modesty’ screen, which fitted to the back of the machine. The idea was to keep female bathers away from ‘the gaze of idle or vulgar curiosity’ and to ‘protect the lower extremities of venturesome women from rude stares.’ The machines were so successful they were exported to resorts all around Britain, and to beaches as far away as the Caribbean.

‘I wish I was the bathing gown

That wraps the form of Sally Brown’

Words supposedly written on the inside wall of a Margate bathing machine, 1834

When I visited Margate to research the novel a couple of years ago, there were plenty of reminders of its Victorian past. The seascape was so stunning that I decided not only would my character Daisy Belle be born here, but she would flee back to her birthplace several times in the novel. 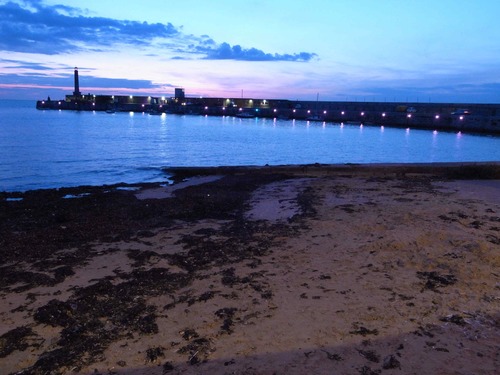 Agnes Beckwith and her family also returned to Kent. She trained in Ramsgate (for a race that was held in Cornwall), and her sister Lizzie undertook a 14-week engagement in the town. In 1884 Professor Beckwith was teaching swimming at the Marine Palace Baths in Margate, where Agnes was also performing as Champion Lady Swimmer of the World.

I like to think that if Agnes had been around in the 1930s then she would have swum at The Walpole Bay Tidal Pool, and enjoyed four acres of swimming heaven. 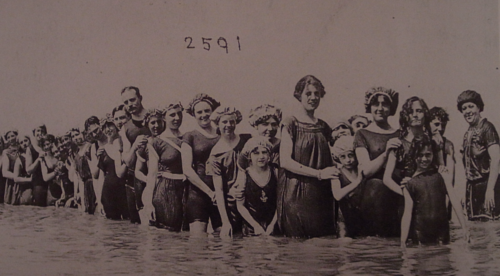 Daisy Belle is a celebration of Margate’s past, but also recognition of the fact it is one of the best swimming destinations we have today.

I’ll be talking about how Margate inspired the novel at the Margate Bookie, on August 18th, 12.30-1.30, at the Turner Contemporary.

I’ll also be talking more about Daisy Belle at Waterman’s Art Centre, as part of the Totally Thames Festival, on September 15th, 7pm.