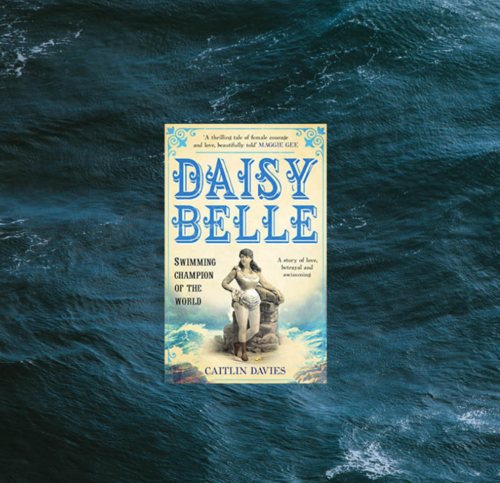 Tomorrow, September 1st, the anniversary of Agnes Beckwith's daring 1875 swim in the River Thames, is publication day for the novel that could NOT have happened without all of your support.

Thank you so much for the encouragement that has continued over the 456 days since the book was first launched on Unbound.

Hopefully everyone has received their copies by now (I know one arrived in Australia yesterday…), and if not then please let me know or contact support@unbound.com.

I very much hope you’ll enjoy the adventures of Daisy Belle – and seeing your name printed in the book.

The novel will be a Book of the Month on Bookchoice for September, which gives access to the audio version of Daisy Belle.

It's also being serialized on The Pigeonhole at the moment. Readers receive an installment every day for 10 days and it has been a surreal experience reading people’s thoughts and comments as they are in the very process of reading the book! It’s exciting seeing which parts of the novel get the most reactions, and to answer readers’ questions as we go along. 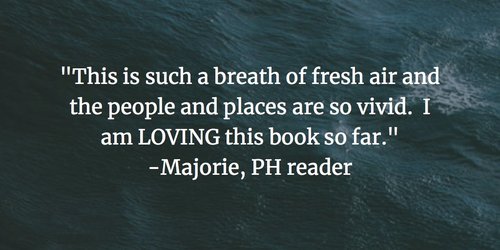 This week I joined journalist Ella Foote for a 'swiminterview' at the Mixed Pond on Hampstead Heath, the setting for Daisy Belle: Swimming Champion of the World. 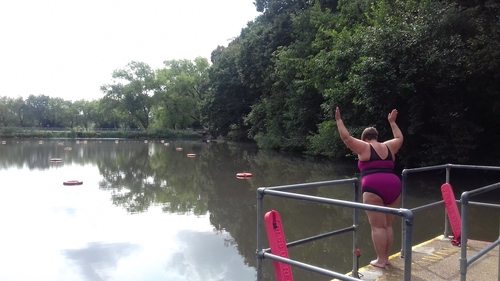 Ella writes for the brilliant Outdoor Swimmer Magazine and the idea was to chat while swimming. Unfortunately I've recently ripped the nail off my big toe and could only watch from the banks as Ella leapt in and enjoyed the waters...

The interview will appear in the October issue of Outdoor Swimmer.

The Daisy Belle Blog Tour began this week, organised by Anne Cater of RandomThingsTours, and I’m thrilled to be getting a great response. 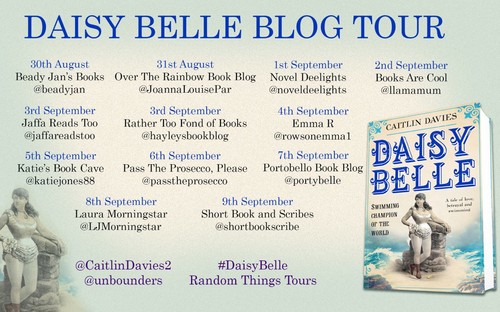 ‘Daisy is such an endearing and engaging character, from her first forays into the water aged just four – right through to her adult life and the trials and tribulations of being a woman born to succeed in a world dominated by men….Daisy Belle is a heroine who deserves to be heard,’ BeadyJansbooks.

‘If you like well-written, fascinating historical fiction based on real characters then you’ll love this book,’ OverTheRainbowBookBlog. 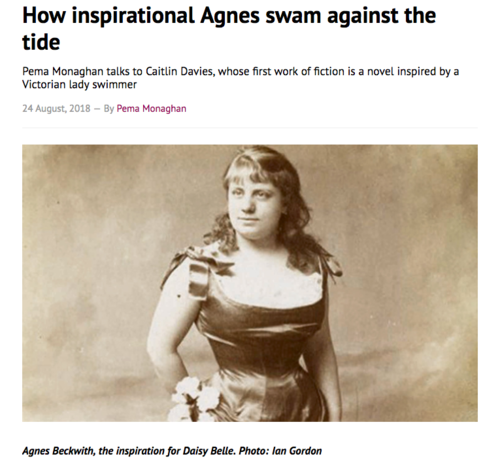 The Camden New Journal ran a feature on the inspiration behind Daisy Belle, ‘a woman born into a world that believed in female inferiority who knew she must negotiate the men who wanted to exploit her talent…Daisy Belle highlights the histories and achievements of Victorian athletic lady-swimmers..and reflects upon the history of swimming in London.’

Daisy Belle supporter Gemma Pettman has also written a fascinating blog about the experience of helping to crowdfund a book.

If anyone is interested in coming to a talk on Daisy Belle, here are a couple of London dates for next month:

‘Remarkable Women’ – an illustrated talk on both the history of Holloway Prison and the women who inspired Daisy Belle: Champion Swimmer of the World.

An illustrated talk on the pioneering women swimmers of Victorian times who were the inspiration behind Daisy Belle - part of a day of talks called ‘Stories of London: The River Thames.’ 1.30pm

That’s all for now. Thank you all again for bringing Daisy Belle to life x