Dear Daisy Belle supporters, the proofreader’s queries have now been dealt with and things are on the final road to publication, hurrah!

I launched the crowdfunding campaign on Unbound exactly a year ago, and it’s a huge relief to know that Daisy Belle will soon see the light of day.

I’m thrilled to have two wonderful endorsements for the cover.

The novelist Maggie Gee, who is also Professor of Creative Writing at Bath Spa University and was the first woman to become Chair of the Royal Society of Literature, says this about Daisy Belle:

‘A thrilling tale of female courage and love, beautifully told.’

I met Maggie for the first time, quite by chance, at a festival in Margate earlier this year. When I told her about Daisy Belle she very generously offered to read the proof. I’m so delighted to have a quote from her on the cover.

Jenny Landreth, author of the hugely popular Swell: A Waterbiography, which was the Sunday Times Sports Book of the Year 2017, has also given a lovely quote:

‘A great slice of history, a feisty woman, and lots of swimming – what’s not to love?’

So now that we have these two endorsements, the cover has been finalized. 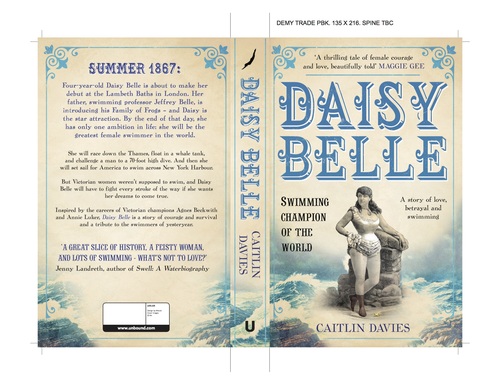 This means Daisy Belle is now up on Amazon, as both paperback and e-book. 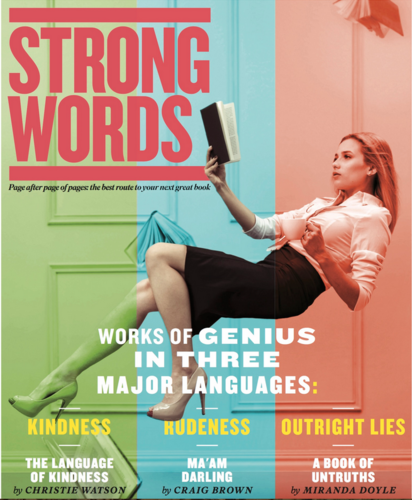 The official publication date is September 1st, when supporters will be getting their copies of Daisy Belle, and the supporters list has now been closed. Thank you again for all your patience and support. I so hope you enjoy it, and that you’ll get in touch to tell me what you think.

I’ll be giving illustrated talks about the history behind the novel at various venues this autumn and in the New Year, including Southwark Cathedral in September and Broadstairs Literary Festival next April. I’ll post any details here nearer the time.

In the meantime, happy summer!