A Cut in the Brain

Why I didn’t choose to self-publish my book 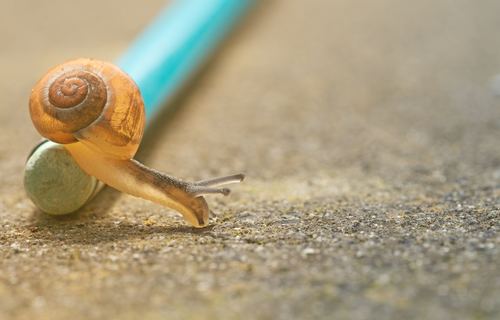 Crowdfunding is slow. At first this was something that made me anxious, and I was filled with self doubt. Would I make it? Were people interested in the book? Then as the months went on, I began to see patterns. I saw that although the majority of people who funded the book were people I knew, there were a lot of people I didn’t know personally but had connected with online. I began to see that out of all the people I talk to online there is a certain proportion who will pledge to by the book.

I’m sure this could all undergo some sort of statistical analysis. But it made me realise that there is an audience for the book. It’s just a question of finding them, and unless I find some sort of revolutionary marketing strategy it will take time. A post here, a tweet there, and gradually, the pledges will trickle in. Having seen the patterns, it seems as if it’s statistically guaranteed.

Overall this slow pace, has taught me patience, and helped me stay calm and let go of the need to finish my edits while moving to Italy and starting a new life.

Now I do at times get frustrated with the slowness, and when I do express these frustrations, the inevitable question comes from someone, ‘’Have you thought about self-publishing?’’

So I thought I’d write this post, just to explain all the reasons why I decided not to go the self-publishing route.

Many years ago, when I first dreamed of becoming a writer, there wasn’t such a thing as self-publishing really. It was more ‘vanity presses’ that would design and publish your books for a fee. Going the vanity route meant that your book wouldn’t have the chance to get into bookshops or reviewed in newspapers or magazines. It would also not garner the same sort of respect as a traditionally published book.

I’ve pretty much always wanted to be a writer, and I wanted to be a ‘good’ writer. So I grew up in my teens and twenties, trying to finish writing something, and hoping that one day I’d get published my a traditional publisher, and that would be a kind of stamp of approval that my writing was good.

Now with the internet, and self-publishing things have changed, and that’s a great thing. Because I don’t agree that all good writing gets published, and all bad writing doesn’t. And also with self-published books you get all the royalties and don’t have to share with a publisher who gives you a tiny percentage while profiting from your work.

But I still don’t want to self-publish and this is why.

I still like the ‘stamp of approval’ idea. Maybe it’s my ego, but I like being part of the Unbound crowd of authors who are writing, edgy, and different books that mainstream publishers don’t want to touch because they don’t fit into a cookie cutter idea of what a good book is. I really like the Unbound image, and the reputation, and all the good things I heard about them from friends/colleagues in the writing and publishing industry.

Unbound doesn’t accept all projects, so there is still a selection process involved, which gave me the reassurance, that yes, this book was well-written by their standards, and yes the could see that it might have appeal to a wide audience. I also have an editor, who will help me get the book as good as it can be.

I still like the idea of getting reviewed in newspaper and magazines, and having the opportunity to get my book into bookshops, as it opens up the possibility of a new audience for the book. Because I’m really hoping that this book is not just for women or people who have gone through the procedure. I want it to be a book that leads us to question everything we think we know about the medical system, and our sexuality. I

I don’t want to do it all by myself, and do the cover, techy stuff etc. I know with self-publishing you can hire people to do the different aspects of it, but its something that all feels too much effort to investigate when I could be spending my time writing instead.

This book is my baby. Yes it is a book about raising awareness about a medical procedure, but it’s also been my own form of therapy and healing, and I want to take good care of it. I could get it out quicker by self-publishing. I could probably make some/more money from it by self-publishing. But that’s not what I’m aiming for. I’d rather have a high-quality, well-designed, well-edited book with a publisher I love, than bring it out quickly. This is the antidote for me to the abusive way I was treated.

In this internet age of instant gratification, slowness is a foreign entity. But observing my crowdfunding results has taught me that slowness doesn’t mean that something is wrong. A while back someone online told me, ‘’your crowdfunding campaign is a failure, and you’re losing credibility.’’

It seems that things that take time is such a foreign concept to many people.

I recently moved to the outskirts of Florence where the cathedral took 140 years to build! Every time I visit the city I am stunned by it’s magnificence of this building, and how it always catches me unaware while I’m running errands trying to get internet and sim cards sorted out, or meet a new friend.

I’m no cathedral builder, and I haven’t got a century, but it may take a few years to get my book out there.

Thank you for your support, and your patience!

Signed, first edition hardback and your name in the back of the book
Choose this reward
£20  + shipping
158 pledges