Cut From the Same Cloth

A ground-breaking collection of essays written by British hijabis

Meet the Cut From the Same Cloth Contributors! PART 2

One of the best things about working on this project has to be all the immensely talented women I get to meet and work with. This month, we will be introducing you to some of them as we profile our Cut From the Same Cloth contributors.

Every pre-order received, takes us one step closer to platforming these brilliant writers and sharing their highly anticipated essays with you! 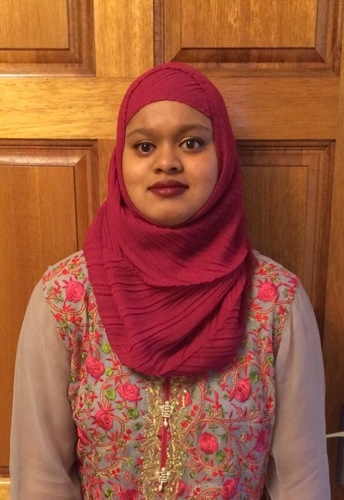 Raisa Hassan is a graduate of Creative and Professional Writing from UEL. She is also a disabled rights activist supporting charities such as CPotential and Scope, a campaigner in Scope’s 2018 Scope for Change Programme, and a performance poet. She also works with Action Tutoring as a Volunteer English Tutor in East London. 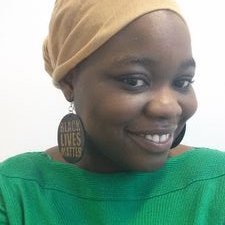 Azeezat Johnson is a lecturer in Human Geography at Queen Mary University of London. Her PhD used Black feminism to research the clothing practices of Black Muslim women in Britain: this spoke to the many different experiences of Black Muslim women and challenged a stereotyping of Muslim women (who are too often imagined as a silent and dangerous Other within academia, the media, and everyday encounters). She is currently co-editing a book on the direction of anti-racist scholarship in light of the explicit racial violence being faced across the West (published in late 2018). 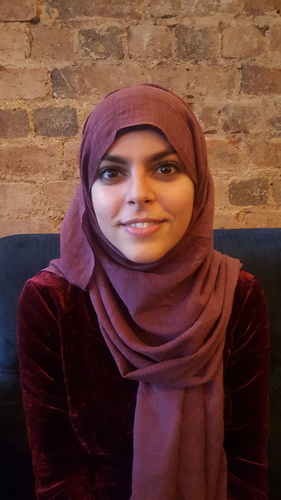 Sumaya Kassim is a writer and independent researcher interested in decoloniality, secularism, and gender. She is one of the co-curators of the ground-breaking museum exhibition on Empire, #ThePastIsNow. She is currently working on various projects exploring the possibility of decolonising institutional spaces. She is obsessed with fiction: reading it, writing it, dreaming it. She lives in Birmingham. 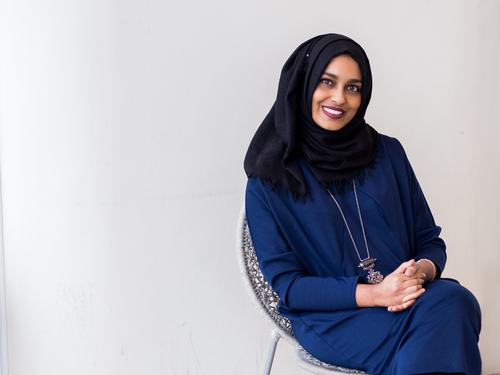 Rumana Lasker Dawood is a junior doctor who trained and works in London, with a special interest and post-graduate diploma in Medical Education.

Alongside her day job she enjoys sewing and crafts which she collates on her blog, The Little Pomegranate. In 2016 this led to her becoming a quarter-finalist on The Great British Sewing Bee, BBC2. She continues to pursue this passion doing events, sewing articles and blogging modest-wear sewing as well as calling for increased diversity within sewing communities.

My decision to start wearing the hijab half way through university was a really private decision- a decision I felt was between me and God. I never anticipated it being an issue for other people, nor for it to define their opinions of me. I've grown tired of people's expectations as well the dialogue that has been created around Muslim women, in particular, Hijabis. Rather than hoping people see beyond the hijab I've learnt to be vocal and unapologetic about my headscarf, and hope to use my voice through this project to be heard. Ignoring my voice is more oppressive than any headscarf could ever be.