I was going to blog about the weekend and the ascendency of the Ghastly Orange Man to the White House, the Women’s March and our hitting 32% of our target! I was going to… but then today, as I drift back from a rather half hearted gym session, enjoying the bright haze of sun and the crisp cold air, I am nearly run down by two young men on one bike, one peddling, one leaning over the handlebars. They are speeding up the hill and obviously see me and Grace with her harness on and decide they can get some fun from this unique situation.  The first thing I am aware of is the noise of young men’s voices hollering for me to get out of the way. I can hear the bike tyres tearing along the gravel of the foot path but the path is too narrow with high stone walls on either side and I don’t know which way to pull Grace to safety. There is no time anyway and I can only brace for impact.

But oh, they are only pretending they might hit us and swerve around us at the last minute, missing Grace by a breath.

As I shout out in shock, another two lads, again on one bike, come speeding at us from the same direction, looking like some strange two-headed dark beast in my hazy view. They are laughing uproariously yelling something like ‘coming through’ and ‘get out the way’ but leaving no time for me and Grace to get to safety. They just thunder towards us. I yell again in fury and fear.  I yell stupidly, I swear.. Get off the ffing road I scream still trying to drag Grace to one side as they blast past. This they mimic. Get off the ffing road. She thinks she’s on a fucking road cackles one of the double heads– that grating squeak of a newly broken voice and catching up with the first bike I hear one shout with horrid joy, ‘She’s blind so she won’t even see us!’

It is over in less time then it probably took you to read this. I stand, heart pounding, pounding. Grace’s tail is down, her ruff up. We don’t move for what feels like a long time but its probably only 30 seconds and dear god! there is another bike peddling frantically towards us. Two young man again – another double headed snickering beastie. This time, as there is nowhere to flight my adrenalin says instead fight.  Without thinking it through, I step forward signalling to the boys on the bike to slow down, help me.

‘Oi, do you know those other boys’, I am asking, flapping my arms in the direction of the previous riders but these guys aren’t going to stop either. One actually dings his bell (He has a bell? Did I imagine that?) and the other calls, ‘Get out the way!’

I am directly in their path so can see them as they make the decision to speed up, planning to spin their bike around me like the others. Only this time they go around MY side not Grace’s and I feel them flying past and PUSH MY ARMS OUT AND GRAB THEIR JACKETS and YANK. Hard.

They are unbalanced and both have to step off to the ground leaving the bike to career forward on its own. They are deeply shocked. So am I. One of them, the smaller one, creeps away, picking up and pushing the bike ahead of him, head down but I call the bigger guy back. He stands several feet in front of me but I can’t make out his face. Tall, baseball cap? White hoodie under a black jacket? Everything is so blurry.

‘Hey,’ I speak loudly, trying to sound rational, trying not to let my voice quiver with near tears but I have just pulled these guys off their bike. I am the one who has made aggressive contact. I didn’t even know I had it in me. My voice sounds weird even to me.

‘I asked you, do you know those other boys? They tried to run me down. That is a bloody hate crime.’

I don’t remember the rest of the exchange. He is rude and defensive, still shocked to have been unseated. He seems to be saying he doesn’t know what my problem is, that they were just going casually past on their way. When I say hate crime again he says he is going to call the police to report me for pulling them off their bike. The police I think. ‘Yes, call the police!’ I say. ‘Please!’ but he is already turning his back and stomping off to catch up with his friend.

I know they are all young and that racing your bike in places where you shouldn’t is exhilarating and accidents happen and maybe it was all just a misjudgement…but the ‘she’s blind so she can’t even see us’… that resonates and the cackling joy in which it was proclaimed.

And because the little sods are right. 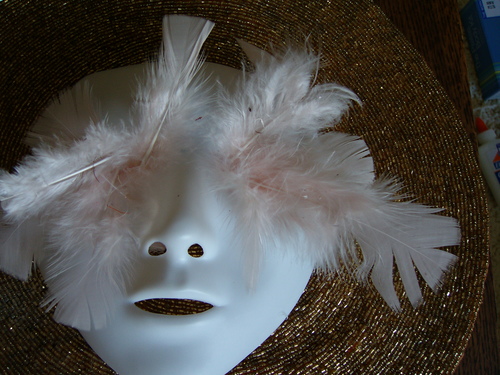 Oh Tanvir, that sounds bloody terrifying. I don't understand the meanness in people sometimes and yes, there is the pack mentality too which I thing you were a victim of. But yes, that last boy. Shame on him. It takes very little to be kind but he obviously wasn't mature enough or was unable or unwilling to empathise at any level. But maybe, maybe, deep down, something might change in him from the encounter -- Take care, my talented and lovely friend, L

Well done for yanking the last 2 off their bike! Brave, Brave Tanvir. To be assaulted with such casual and gleeful cruelty is horribly unsettling; and totally unexpected in Corsham - was it Corsham ?- where you are well known and have experienced much kindness, even from schoolchildren. You told me, once, of an alarmingly noisy group, cheerfully making way for you - was it in the same narrow passage? I hope you are going to pursue this - perhaps via the local paper reporting it as a hate crime, with an appeal for information on these 6 vile tormentors; perhaps contacting school heads, asking them to talk to the children about such degraded behaviour. A terrible experience to undermine an already precarious sense of safety due to being handicapped. May those uncaring boys experience the same - and soon.

Thanks Lindsay and Polly,
Your support means a great deal. Funnily enough, it was in exactly the same place that I had had the joyful encounter with the other gaggle of school kids as you remembered Pol! I am not sure if they were students, the lads yesterday - they may have been older BUT I would be very happy to go in to the school and talk about it to the kids. Anyway, still a bit freaked but keeping busy and feeling better as time passes. I will keep you posted and in the meantime all love. T x

Mad Aunt Jackie says:
Just read this, Tanvir. I feel so sad for you & yes, unfortunately there are many cruel, selfish, thoughtless individuals in this world but they are in the minority & the kind caring folk, full of empathy & understanding are there for us also. It was a triple whammy for you to encounter three sets of the former type & a rare episode we hope but one that leaves a bitter taste. You are right in suggesting visiting local schools, as it is only by education & example that we learn. Remember, that you have family & friends who love you & my gutsy, talented niece, just carry on as you are. The anger was good, a victim you will never be!