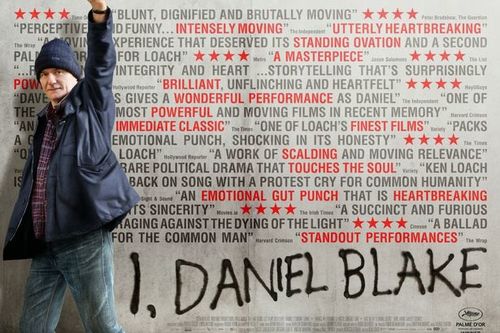 ...for the first screening of the award winning film, 'I Daniel Blake'. Several people, some visably disraught in the wake of the film's difficult themes about the inhumanity of the current wefare system, joined us for a 'debriefing' discussion.  We were lucky enough to have Suzanne Wigmore from Citizens Advice Bureau on hand to give direction and information on the local situation.

After lunch, Bath Spa University's library team led with a presentation of their Reads and Rights programme which showcases over 300 books that have been chosen as having a positive affect on the world as we know it. A lively discussion followed and the hour was over too quickly!

I ran my first Creative Writing Laboratory on the theme of Writing for Social Change/Changing Narratives joined by 20 inspiring and curious folk. The time again got the better of us and I was still rabbiting on when it ran out.  However, it has made me think that developing a full or half day workshop on this theme would be well received. People DO want to make a difference, want to be somehow heard.  I shall think more on't!  Watch this space!

Then The Panel...
Wow...what a line up!  (Not so much me...I was honoured to be invited on at the last minute and was so nervous I had to keep gripping my knees under the table to stop them shaking the water glasses.) Ken Loach, the eminent and inspirational film-maker, Maggie Gee, the wonderful novelist and academic in the Chair, Fay Weldon, the ingenious and pioneering novelist and the canny, neurophsycologist, Allison Lee with her razor sharp observations on the human brain.  We talked, art, social change, the power of character, changing narratives and more. You should have been there!

Ken Loach followed up the second screening of his film, again to a packed house, with a intense and moving Q and A. I have to apologise for a slight haziness as by this point, having not eaten all day, I had quickly quaffed a couple of glasses of red wine and was stood in the back with a huge grin on my face and not much left between my ears. At one point someone shouted out 'I AM DANIEL BLAKE' in rowdy solidarity. Turns out that was me. Luckily Grace, who would have been very disapproving,  had been taken home for some supper by my wonderful neighbours, Jenny and Jennie.

Thanks all for coming! Huge shout out to the Pound Arts Centre Corsham and Bath Spa University. I did talk about CULL, I did talk about UNBOUND. We did go up a percent but keep putting the word out, folks and thank you all so much again! 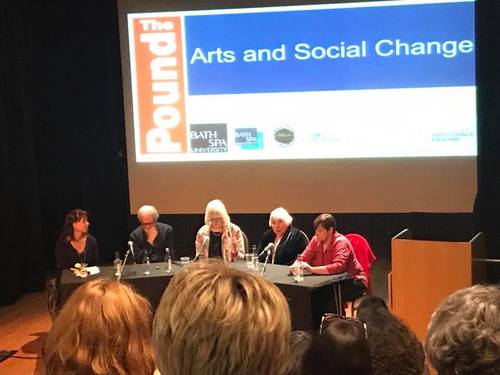 Tanvir, I'm still so blown away by what we explored together in your workshop and what I took away from being in the audience for the panel. I haven't got any sensible words yet, but it was a pivotal moment indeed and I'm deeply grateful for the experience.