How it all works!

Right now, Grace my guide dog is out with her pal, Maisie. Last time she was out with that pup she came back having saturated herself in some of the worst smelling swill infused stagnant water in Wiltshire. I attempted to bath her and she escaped and shook poo-ey water and baby shampoo across the entire flat. And she wonders why we don't have visitors... 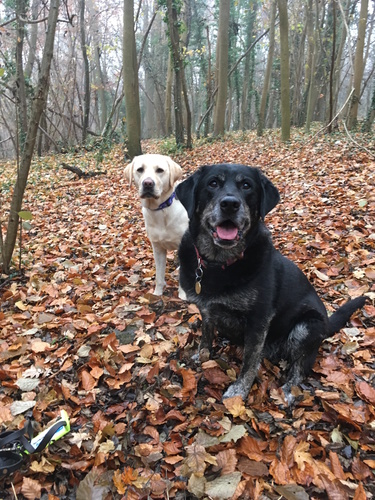 Anyway, before she comes home (and i wait with baited and deeply held breath for what stinks she has rubbed into her ruff) I thought I would quickly explain the Unbound process - from manuscript to published novel.

So... to begin with, I HAD a complete manuscript of 'CULL', which my agent and I sent to the team at UNBOUND for consideration. We were at the end of our tethers having tried to go down the usual publication routes and finding not one brave enough to take on such a potentially controversial fiction.  (I was actually told by one publishing house, that shall remain nameless, that the novel was 'too political' -which begs the question had they ever read anything by Orwell or Atwood/!) Unbound were different. They considered the novel not just for the writing but also with regard to its potential relevence and resonance with readers and they agreed to take the novel on!

The next step was the setting up of the page with the video and pledges. I loathe seeing myself on camera but luckily there are several cutaways of Grace to ease the pain. The pledge part was fun to create and I hope there is something for eveyone.  The Action hero and Ninja Action hero pledges for instance, will get you a posh signed copy of the book and one sent to the MP/MEP of you choice! The idea behind that pledge is to try and engage and create empathy and understanding amongst some of the people that may be making crucial decisions on the behalf of the disabled and vulnerable community.

Now it is all about the pledges! We need to raise £12k- that's probably going to need at least 500 people to pledge! As soon as we hit our target, the novel will go to a brilliant editor (TBA), the cover will be designed and the book will go to print. If we go over the target, that will give us more onions to cook with!  The process is entirely dependent on how long it takes to get the pledges in...it could be 8 months to a final copy or 12 (or more)  but obviously, with you help, we want to try for the shorter time slot!

Ask any questions and in the meantime have a very good and sweet smelling weekend!