The Beginning of Borley - Day 2 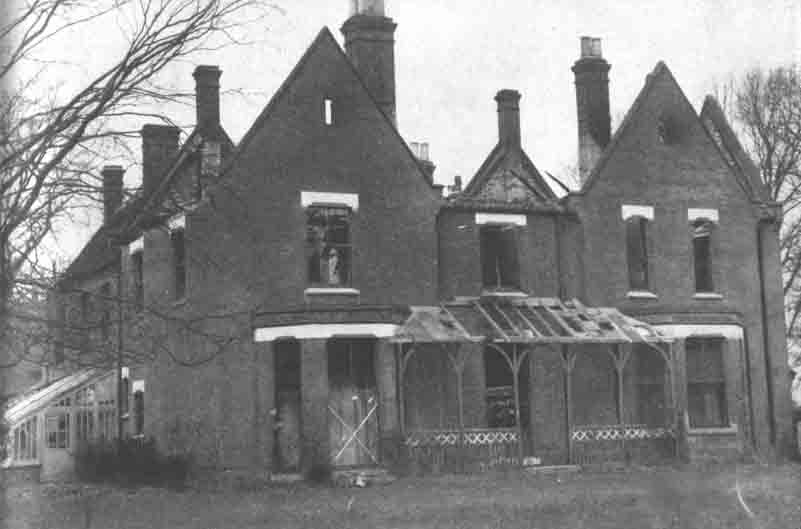 Shape That Moved on Lawn of Borley Rectory

FROM OUR SPECIAL CORRESPONDENT

There can no longer be any doubt that Borley Rectory, near here, is the scene of some remarkable incidents.

All these things occurred without the assistance of any medium or any kind of apparatus, and Mr. Price, who is a research expert only and not a spiritualist, expressed himself puzzled and astonished at the results.

To give the phenomenon a thorough test, however, he is arranging for a séance to be held in the rectory with the aid of a prominent London medium.

The first remarkable happening was the dark figure I saw in the garden.

We were standing in the summer-house at dusk watching the lawn, when I saw the “apparition” which so many claim to have seen, but owing to the deep shadows it was impossible for one to discern any definite shape or attire.

But something certainly moved along the path on the other side of the lawn, and although I immediately ran across to investigate, it had vanished when I reached the spot.

Then, as we strolled towards the rectory discussing the figure, there came a terrific crash, and a pane of glass from the roof of a porch hurtled to the ground.

We ran inside and upstairs to inspect the rooms immediately over the porch, but found nobody.

A few seconds later we were descending the stairs, Miss Kaye leading and Mr. Price behind me, when something flew past my head, hit an iron stove in the hall, and shattered.

With our flashlamps we inspected the broken pieces and them to be sections of the red vase which, with its companion, had been standing on the mantelpiece of what is known as the blue room and which we had just searched.

Mr. Price was the only person behind me and he could not have thrown the vase at such an angle to pass my head and hit the stove below.

We sat on the stairs in darkness for a few minutes and just as I turned to Mr. Price to ask him whether we had waited long enough, something hit my hand.

This turned out to be a common mothball and had dropped from apparently the same place as the vase.

I laughed at the idea of a spirit throwing mothballs about, but Mr. Price said that such methods of attracting attention were not unfamiliar to investigators.

Finally came the most astonishing event of the night.

From one o’clock until nearly four this morning all of us, including the rector and his wife actually questioned the spirit or whatever it was and received at times the most emphatic answers.

A cake of soap on the washstand was lifted and thrown heavily on to a china jug standing on the floor with such force that the soap was deeply marked.

All of us were at the other side of the room this happened.

Our questions which we asked out loud, were answered by raps apparently made on the back of a mirror in the room, and it must be remembered that no medium or spiritualist was present.