Conan Doyle and the case for the Channel Tunnel 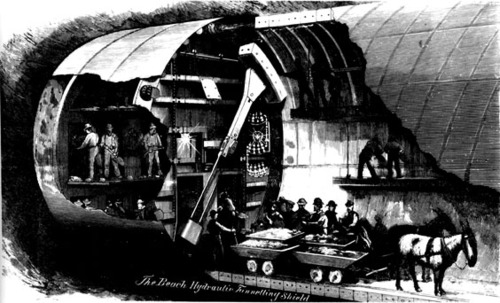 I was doing some research on Sir Arthur Conan Doyle last night (a man should have a hobby, after all), and whilst going through back issues of The Times online, I discovered that in between:

Conan Doyle was also an early campaigner for the Channel Tunnel.

Though ideas of a tunnel connecting mainland Britain and France were not new even then – they had been bandied about since 1802 – with the possibility of a European war looming, Conan Doyle could see that having the tunnel in place would be a key strategic advantage.

Should we ever be forced to send troops to the Continent, it (the tunnel) provides a safe line of communications, besides ensuring an unopposed transit.

Evidently mindful of the 'European situation', Conan Doyle dedicates exactly half of his 6-point proposal to the tunnel's utilisation in war. He continues:

(The introduction of a Channel Tunnel…) enables food to be introduced into the country in war time, and would help us to hold out, even after a naval defeat.

Though nothing came of Conan Doyle’s campaign during his own lifetime, it seems as though he may well have caught the ear of people in authority.

The Wikipedia article* on the origins of the Channel Tunnel, under the title ‘Proposals and attempts’, states that:

In 1919, during the Paris Peace Conference, the British prime minister, David Lloyd George, repeatedly brought up the idea of a Channel tunnel as a way of reassuring France about British willingness to defend against another German attack. The French did not take the idea seriously and nothing came of Lloyd George's proposal.

*Conan Doyle is not mentioned in the article.

If this doesn't prove the existence of psychic fortune telling, nothing does...