It's been a while since I've posted in this shed - sorry about that. All my efforts have been going into getting another book Why Did The Policeman Cross The Road? funded (which it now is) so I have somewhat neglected this book. But yesterday I got to talk about the Connectoscope again, in a roundabout way, and even sold a few copies of this book. Happy face (and how cool is it to see your name on the same poster as Tom Jones and John Cooper Clarke?!). 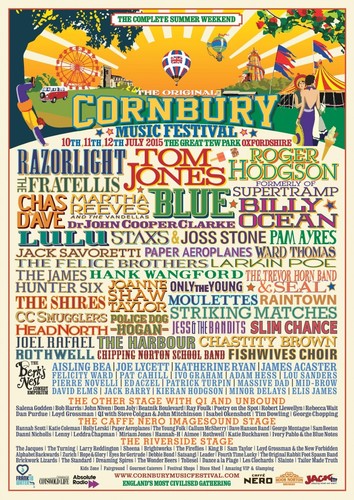 This weekend has been Cornbury Festival weekend and, As I have for the last three years, I was helping to man the 'Other Stage' run jointly by QI and Unbound. And, as always, we had a cracking line-up of authors talking about their books. I could only do the one day this year but I wasn't disappointed. 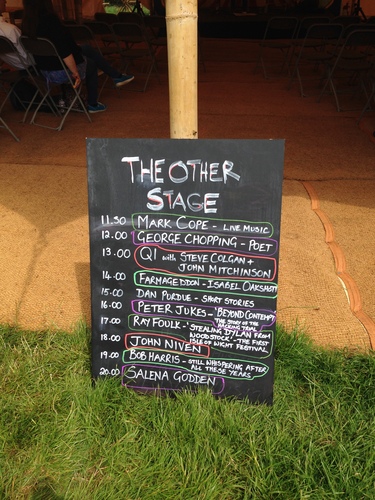 Mark Cope kicked us off with some brilliant songs of lost love and happier times. Mark used to be with The Candyskins, a product of the 'Oxford Scene' that gave us bands like Supergrass and Radiohead. These days he's a solo artist and the songs are as brilliant as ever. 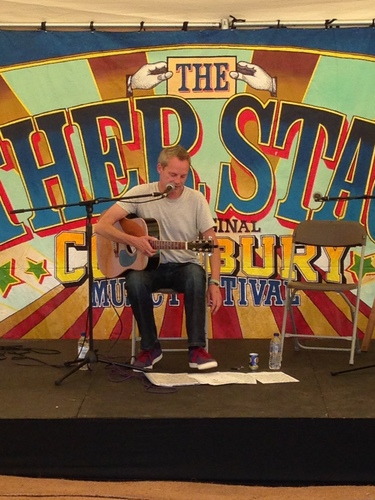 Then came the stomping, romping pyrotechnic performance poetry of George Chopping. Always a tremendous joy to watch and so damned clever. His book Smoking with Crohn's is fantastic. 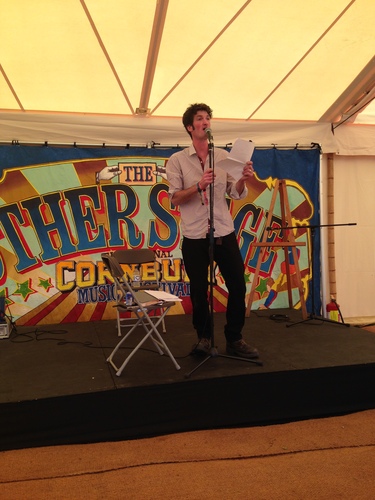 Next up were me and John Mitchinson. We talked about the most recent series of QI and The Museum of Curiosity, how the shows came together, and some of our favourite facts. It was a nice little promo for 'Connectoscope' too and we had copies on sale in our shop ably manned by Unbounders Xander and Miranda Cansell. Fellow QI elf Justin Pollard popped in too ... we suspect it was to make sure we got our facts right. I don't have any photos of Mitch and myself onstage because ... well, we were onstage. So until I do, here's a placeholder of me in a hat. I needed it. The weather was gloriously hot. 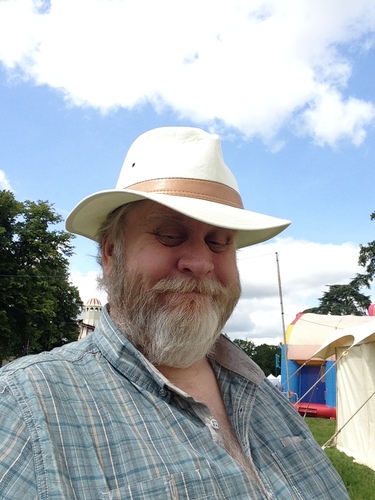 Next on stage was journalist Isabel Oakshott in conversation with Unbound's Rachael Kerr about Isabel's and Philip Lymbery's book Farmageddon. Philip is chief exec of Compassion in World Farming and he and Isabel set out to look at factory farming practices in the UK and around the world. It's an often harrowing and disturbing story and the book is a must read if you care about where you food comes from and what is going into your body. 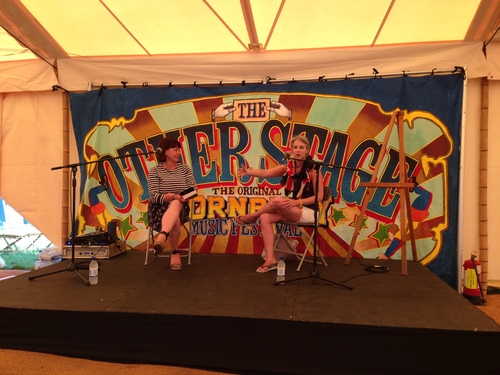 Sadly, I had to miss John Purdue's 'Short Stories' talk as I had to do biological things like eat lunch and go to the loo but I was back in time to catch the end and he was very very well received by the audience. Then, next up was John Mitchinson chatting to the amazing Peter Jukes about the murky world of NewsCorp and the phone tapping scandal. Peter's written two books about it so far, The Fall of the House of Murdoch and Beyond Contempt and, as many of you Tweeters know, he was live tweeting the whole trial from the Old Bailey. It's a Hell of a story. You can read some of it here. 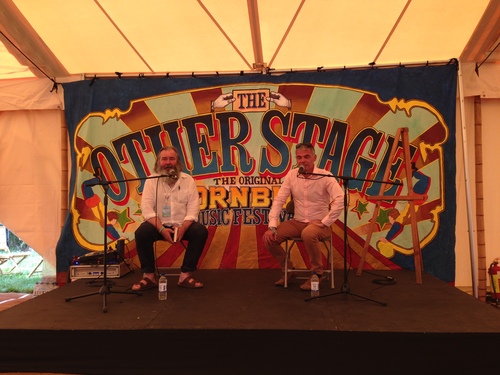 Ray Foulk and his daughter Caroline were next on stage talking about the Isle of Wight Festival or, more precisely, about how Ray, at the age of just 23, managed to found the festival and persuade Bob Dylan to come out of semi-retirement to headline it. His book Stealing Bob Dylan from Woodstock tells the whole story and we were regaled with tall tales of Beatles being picked up in tatty Transit vans and balloons nearly bringing down The Who's helicopter. It was a glorious talk about the 60s, counter-culture and how one of the UK's finest festivals began. Oh, and the reclining blonde stage right? That's the brilliant Lou Kovacs who runs the tent every year for us. She's a diamond. 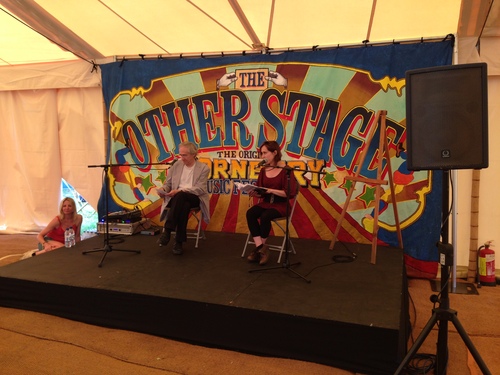 John Mitchinson was back on stage next talking to one of my favourite authors, John Niven, author of Kill Your Friends (soon to be a movie), Straight White Male, The Second Coming and more. We had a wonderful insight into John's new book (out next month), The Sunshine Cruise Company and about the process of seeing one of his books go to screen,. 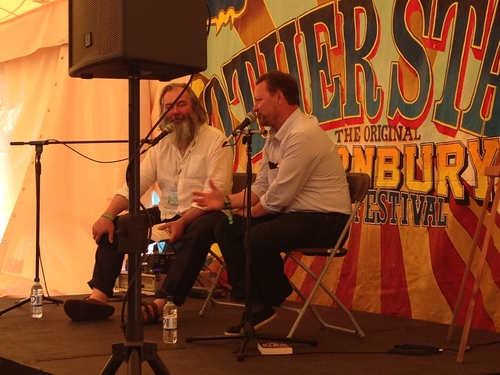 The legend that is 'Whispering' Bob Harris was on next with tales of early radio, hanging out with Lennon, singing on a Bowie album with Bolan and, of course, The Old Grey Whistle Test. The most harrowing story he told involved being attacked by a group of broken bottle-weilding Sex Pistols fans who didn't quite seem to understand why TOGWT didn't play their favourite songs. As he explained, BBC policy was that singles were featured on Top of the Pops, albums on TOGWT but most punk bands didn't have LPs in the early days. Rather than the BBC not liking punk (plenty appeared on TOTP), punk didn't like them. A charming man and his autobiography Still Whispering After All These Years is a joy. 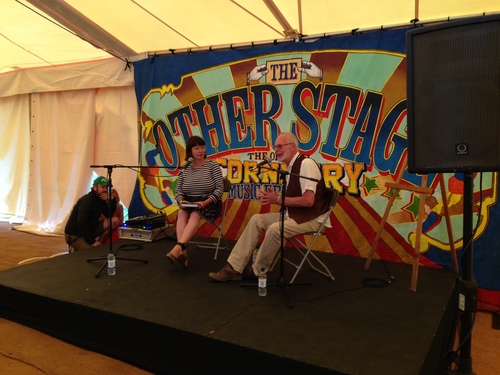 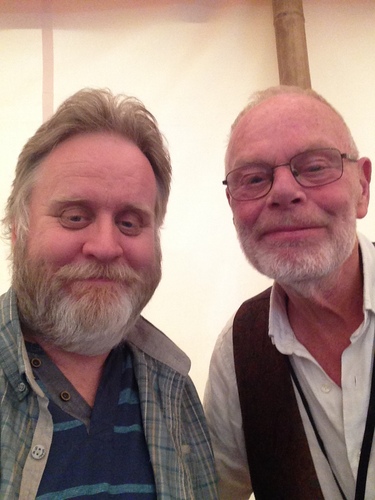 Last but not least came the marvelous Salena Godden with a chat about her beautiful memoir Springfield Road. It's one of the most charming and heartfelt autobiographies I've ever read and it was wonderful to watch her reading several extracts. But then it was poetry time and we had several performances to enjoy including her rallying cry to feminism, the cheekily titled My Tits are more Feminist than your Tits (You can hear an audio recording of the poem here). 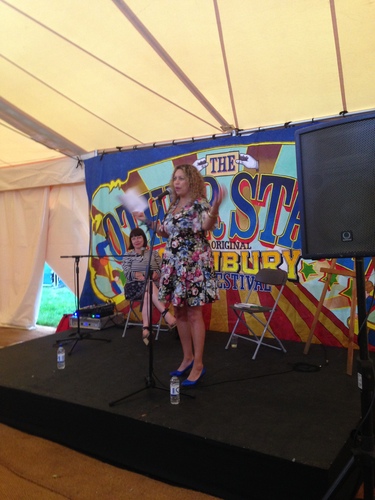 Then it was time to lace up the tent flys, down some local ales and enjoy some John Cooper Clarke, Lulu and Tom Jones. And, as always, the festival crowds were brilliant; eclectic, eccentric and happy. It's how all festivals should be. 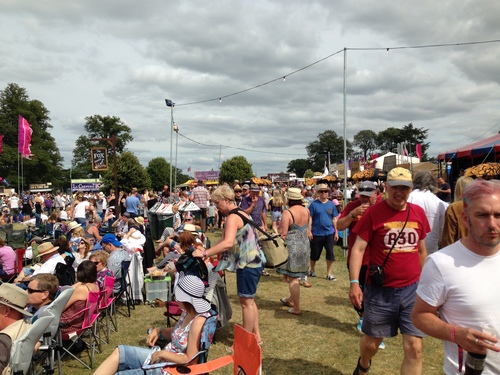 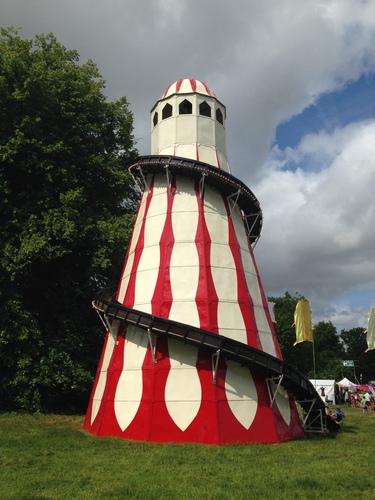 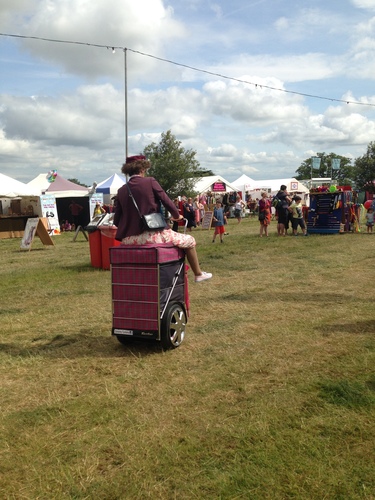 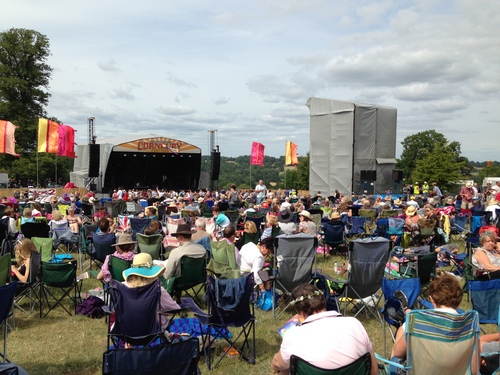 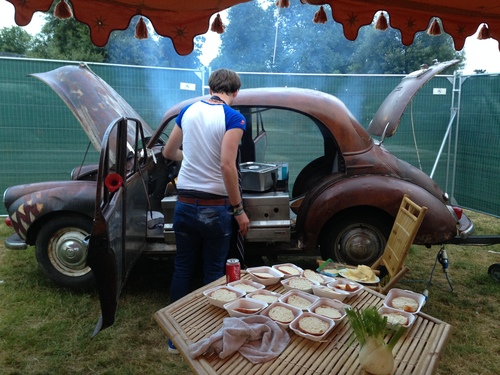 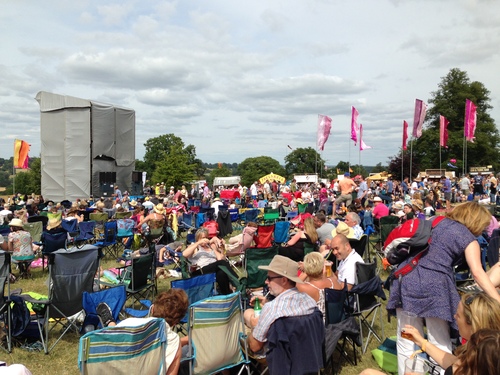 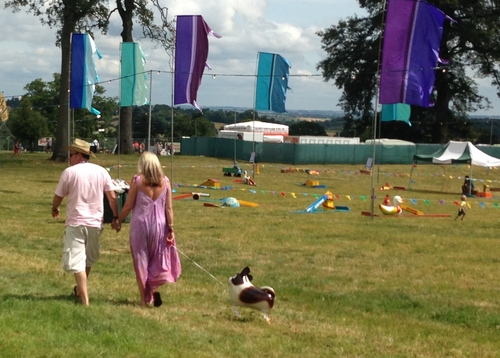