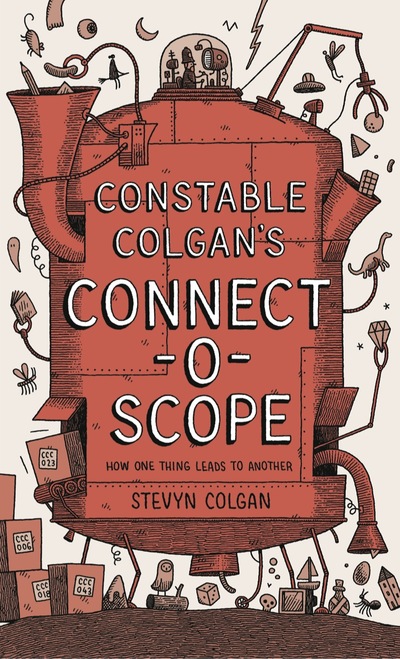 Everything really is connected.

In this book, ex-London bobby and QI elf Stevyn Colgan takes you on a series of circular journeys through a world of connections embracing science, art, history and popular culture. You’ll learn why dipsticks upset the Nazis, how to turn Superman gay, why it would be easy to catch a bank robbing koala, and how a brand of foot powder came to be voted mayor of a village in Ecuador. Constable Colgan’s Connectoscope® offers you an entertaining glimpse into the hidden links between all things and challenges you to find new connections of your own.