I don't know about you, but in my imagination for as long as I can remember numbers seem to have been possessed of qualities that exceed their mere quantity - including personality. 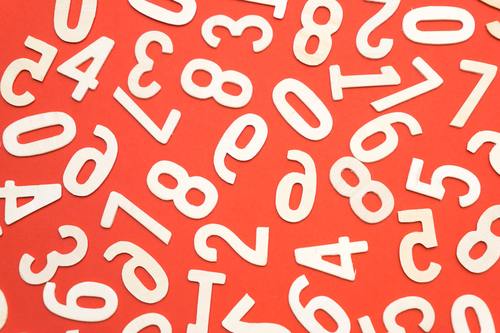 I noticed this phenomenon again recently when the Comeback campaign reached 70% - suddenly it felt more respectable, as if it was doing well at last. This sensation goes all the way back to school - getting seventy per cent or more in an exam or test meant that I was at least doing OK, that I was in some small way good at the subject. While I couldn't have put my finger on anything being wrong with getting sixty-something per cent, in my head that always felt like a failure of some kind, that I just wasn't trying hard enough and that I'd let my brain down. "Could do better" as the teachers used to say. This always irritated me. How did they know? Could they see inside my brain? Of course I always knew they were right and was filled with perpetual guilt and shame.

In the last few years of school the sustained activities of a small cadre of bullies meant that my results plummeted to the thirty and forty something per cents; shameful, lazy figures more interested in indulging their own pointless pastimes than helping me move onwards and upwards. Nevertheless I somehow made it to university despite the unfriendly numbers.

There is more to the personality of numbers than overseeing my academic success or lack of it. They have distinct personalities. Just as seventy is the first respectable per cent, the number seven is the first grown up number. I never understood Christopher Robin's pride in proclaiming "Now We Are Six" - six was still just a little kid. As an aside I was also bothered by the way he used the royal "we", but then I always hated Christopher Robin. Partly because whenever my parents introduced me to other grown-ups the very first thing they would coo was "Oh! Christopher! Like Christopher Robin!”

Now I Am Seven would have been a better title. Seven is sensible and in control of its emotions, but not yet as full of itself as eight. Eight thinks it knows it all and is confident of its own endurance. It's even, it's two cubed. If it falls over it's infinite...

And then there is nine. Nine is older and wiser and aware of its own mortality. It knows it's the last number and that following it all to come are combinations of the previous digits, nothing with any personality. Nine is sad but not self-pitying. Nine has seen it all before. Nine is kind. Nine doesn't make a fuss about the fact that it is three squared.

There is a name for this - Ordinal Linguistic Personification. This is a form of synaesthesia in which letters, numbers, days and dates are assigned personalities and shapes. I feel it less for letters (although I do maintain that V is wicked - it's scowling at us, it's the "v" in evil I tell you). I also have a very clear picture of the shape of the years, decades and centuries as they pass. They make up a staircase; each step a wide flagstone, twisting, turning and varying is steepness as the path leads ever upwards along the face of the mountain of time. Some of these twists and turns are non-Euclidean but it all makes sense in my head.

This year is very steep. The path flattens out in 2020 though.

Don't get me started on the times of day. They have another set of personality quirks altogether...

A little bit of admin to finish - as mentioned above, the book's crowd funding campaign is now at 70% completion. Huge thanks to every single one of you who has pledged so far and spread the word - it really does feel that the end is in sight now. I can feel its breath on the back of my neck. Let's help it over that finish line. Do please tell all your friends, colleagues and acquaintances - every pledge counts towards the ultimate goal of 100% even if the number itself doesn't have much personality.