Worldbuilding can be tricky if you're writing science fiction or fantasy. There's so much to do—the readers are unfamiliar with the background, social mores and customs of the novel's environment and as such are at a disadvantage when it comes to working out what's going on.

The characters themselves are no help. They know all this stuff anyway, so there's no way they are going to be able to remind each other of what they've known for years without sounding unrealistic. One solution is to use an omniscient narrator but then if you're not careful there's a temptation to fall into the "telling not showing" trap...

Convincing worldbuilding is a skill that it can take years to master. However there is a way around this if you're in a hurry. If you set the novel in the real world you can take the background as read—everyone knows all this right?—and concentrate on the actual story. Interestingly there is an added bonus of using this method. Given that you aren't describing the world, just the characters' reactions to and interactions with it, you may end up inadvertently showing not telling. The story immediately becomes more convincing.

Of course the problem is that science fiction and fantasy are by definition unusual and otherworldly. Can they convincingly be set in the real world?

I'd say it's a distinct advantage when they are. More often than not in such books the protagonist is an inhabitant of the real world and so in an ideal position to act as reader analogue—they don't understand all these strange things happening to them either and so their fumbling discoveries can stand in for ours as we travel together into the uncharted chapters ahead. 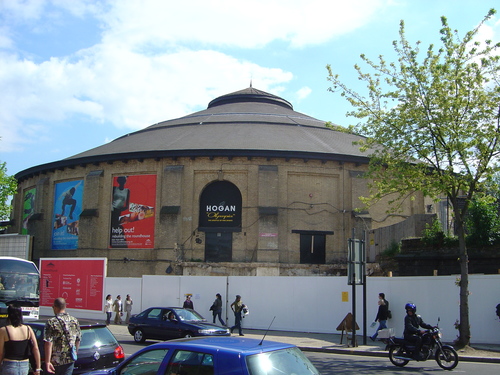 This is all very fine and splendid, but there is another matter to be considered. Depending on the stature of the central protagonists, tweaks to the novel's real world are sometimes required. In Comeback, Genie has just won the 2007 BRIT Award for Best British Female - but a quick check of Wikipedia reveals that in actual fact that award was won by Amy Winehouse.

This is unavoidable and for similar reasons Genie's record label Mallard doesn't actually exist. These kind of changes to the real world the reader can accept—they're necessary in order for the story to work. One other change I made—a kind of halfway house between the real and the imaginary—was mentioning Pirates of the Carribean 3 having a premiere in London. In actual fact there was no red carpet UK premiere of this film in 2007 but I reasoned that in the alternate reality where Genie won that year's BRIT there had been.

I think it's important to make as few of these changes as possible. If you make too many there's a danger of people being drawn out of the story. For example early on in the book (as you may have read in one of the extracts available on this site) Genie appears on TV in Friday Night with Jonathan Ross. When I was writing this sequence as part of a creative writing course, a couple of my fellow students suggested that it should be a fictional TV show with a fictional host. I could have done that quite easily—Friday Night With Ross Johnson has a similar ring—but it didn't sit well with me. It ate away at the verisimilitude of the piece. OK so Genie didn't really exist in our world but if she did it would be a real chat show she appeared on.

Aside: I am unsure quite what the position of including real people in (non dialogue) cameo roles in a novel is. I put it to the back of my mind but now that the novel has been accepted by Unbound I suppose it's time it was addressed—to that end I send an enquiry to Jonathan Ross's agent several weeks ago to check it was OK but have yet to receive a reply.

As written, all speaking characters in Comeback are fictional, as are any organisations they may be affiliated with. But locations, background and tangential figures—they're all real. It's possible to visit the Roundhouse, the BBC Television Centre (or at least what's left of it), the Pelirocco Hotel in Brighton and Chateau Marmont in Los Angeles.

It's not possible to visit Genie's penthouse flat in Soho or Mallard Music in Chelsea.

And it's not possible to visit the Underworld. Not if you want to come back, anyway.