One of the more interesting types of character in fiction—most often written but occasionally visual—is the Unreliable Narrator.

Stories featuring Unreliable Narrators are very often written in the first person because the distance supplied by third person storytelling (even when it's limited) can't help but supply some objectivity about what is actually happening in the fictional world. In Comeback for instance we're in Genie's head and no-one else's but it is still us that's observing what she thinks, says and does and as such we can make up our own minds about what is actually going on. She's not telling us.

The nature of unreliable narration itself can vary wildly. 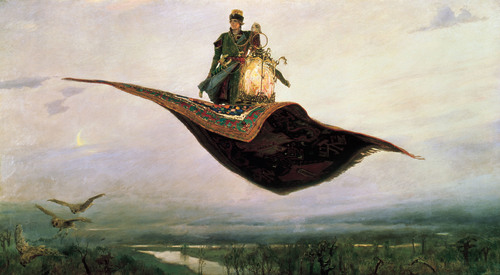 Sometimes the protagonist delivering it is a braggart, overestimating his or her own achievements and abilities. Good examples of this are the Vampire novels of Anne Rice where Lestat is the narrator. At several points while reading these I was gripped by a sense of disbelief, but not the kind that spoils a story or takes the reader out of it. I just knew that Lestat was bigging himself up and exaggerating. I was sure that the conclusions of these novels and the situations depicted therein were eventually reached, but considered that perhaps Lestat didn't play as pivotal a role in the denouements as he would have liked us to believe.

Sometimes the Unreliable Narrator is more innocent and is not actively trying to deceive the reader. They are probably best described as naive. The recount what is happening around them in good faith as far as they see it but are perhaps too trusting and take the world at face value too often.

This second type of Unreliable Narrator can be quite enjoyable to read as it gives the author a chance to communicate with the reader more subtly. A skilful author can deliver the story of what is going on via subtext, even while it all goes over the head of the protagonist. Eventually the protagonist will cotton on to what's happening which can be very satisfying for the reader, giving the fictional events an extra layer of verisimilitude. Life can sometimes take us by surprise and so it's fascinating to see this process from the outside.

However, Unreliable Narrators aren't to everyone's taste. Some people react to the concept quite negatively, almost in a "Dammit, if I can't trust fiction to be true to itself, what can I trust?!" manner. For them the Unreliable Narrator breaks the contract between Author and Reader, clauses of which include Willing Suspension of Disbelief and Investment in an Imaginary World. This kind of reader has a choice to make: they can either take the character at their word or decide this particular work is not for them.

I suspect that people who feel this way are the same as those who get upset by continuity errors in fiction. On some level they want it to be real (perhaps as part of their suspension of disbelief process) and so any reminders that it isn't take them right out of the moment.

This is actually quite strange because the real world as we experience it is probably much more of a point of view than we realise. Just as we are all the stories we tell ourselves, we are also the Unreliable Narrators of these stories. We may think that we know what's going on but it looks quite different from the next head along.

Perhaps Unreliable Narrators are the most realistic protagonists of all?

Happy New Year to all! Due to the Christmas and New Year Break my previous update wasn't actually emailed out to you so if you missed it you can read A Christmas B-side here.

As we head into 2018 one of my New Years Resolutions is to reach full funding so as ever if you've already pledged, huge thanks and while you're here can I perhaps ask that you please try and talk others into it too? If each of you persuaded just one other person to join at the lowest pledge level it would still make an enormous difference to the campaign.