Some people may have been confused by the last words of the previous update. (That is the last official words, not the admin in italics after the fold.) I am talking about Unfinished Biscuit.

It was a reference to something I've thought about before and—quite apart from the fact that it sounds a little like it—is actually related to Unfinished Business. 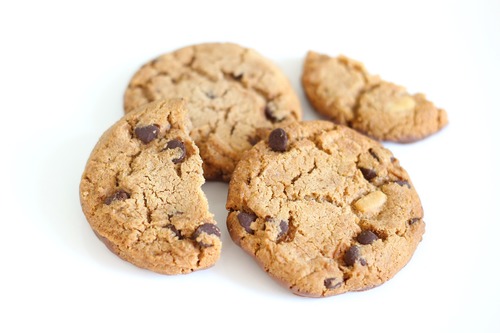 We’ve all been there. You're halfway through a biscuit, perhaps as part of a tea break. Then someone knocks at the door or the phone rings and you put the biscuit down somewhere so you can deal with this new crisis. You get distracted.  By the time you've got back to your routine you've forgotten where you put the biscuit. It was a spur of the moment abandonment—stored only in the Very Short Term Memory. You retrace your steps. No sign. It's not anywhere near where you were sitting nor is it next to your cup of tea.

Part of you is trying to insist that it doesn't matter. It's only (half a) biscuit. You've got a whole packet of the things in the kitchen. But that's not the point. You are not concerned with the material loss of a few grams of pastry and sugar. You are concerned because there is an unfinished process in your brain. Whatever part of you that tracks progress is in an uncompleted state, taking up memory space it can only free up by completing. Eating another biscuit isn't going to help.

This is why when you eventually find the biscuit—two days later on top of the pile of books in the hall that you were planning to sort through before taking to the charity shop—there is a massive sense of relief. The semi-biscuit has gone stale and all you're going to do now is throw it away, but at least you've freed up the resources in your brain's central processor. On some level the tension that has been there the whole time has now been released.

It doesn't just happen with biscuits. The same phenomenon can be observed with a half finished cup of tea.

One of the worst case scenarios for this event—as there's no way it can ever be resolved—is when an overzealous member of bar staff breezes through the pub and takes your almost but not quite finished pint out from under your nose. OK, so the process was nearly complete—perhaps as much as ninety five per cent—but it wasn't actually complete and as such the counter in your head is still active. You can't complain because that would seem petty. Making all that fuss over half a centimetre of beer. But of course it's not the beer. It's the peace of mind. The peace of mind you're never going to get back now without a complete brain reset.  This is what Magnus Magnusson was going on about all this time.

The concept of the Unfinished Biscuit is one I've thought about before. I've even written it into the follow up to Comeback. Yes, there's another completed novel waiting in the wings. But of course Comeback has to be released first, so you know what to do!

Big thanks to people who have already pledged - and if each of you could please talk just one friend into doing so as well that would be brilliant. And if you haven't pledged yet, do please consider it. The minimum is just ten pounds—which is the price of a couple of pints. However the book will last much longer and won't be taken away when you've still got a couple of pages to go...