Hope all of you are doing well in these stubbornly strange times. Since I last wrote an update I've had my first jab of my vaccination and the blog tour for Comeback took place. I experienced no unpleasant side-effects for the former and only pleasant ones from the latter.

The best thing about it I think was that people I didn't know were reading the book and on the whole were enjoying it. This changed my perspective on things and I begun to wonder if perhaps it was OK after all. This was the mirror image of the first few days after publication when I was waiting to hear back from anyone who'd read it and worrying that perhaps it was awful after all and if they said anything nice they were just being polite.

One of the interesting things that came out of the blog tour and the reviews that formed the majority of it was that people were starting to put their own interpretations on aspects of the story. And was surprised to discover that sometimes they were absolutely right and had uncovered things I hadn't realised I was saying when I actually wrote it. The subconscious works in mysterious ways.

One thing that a couple of people got back to front was that they assumed that the character Wendi was a version of me – ostensibly because we both have purple hair. To be honest I think it is true that in many novels the Point of View (PoV) characters are an extension of the author – but Wendi isn't PoV here and the reason my hair is purple is that I dyed it that colour so I could get into her head when writing the second book (the prequel Ghostdance) where she most definitely is PoV. So if anything I am a version of her rather than the other way around. 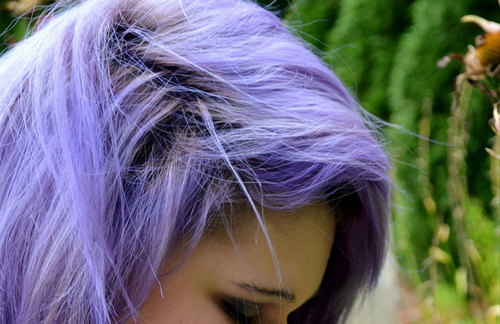 When I wrote Comeback my hair was peroxide blonde. Rather like Genie's.

They are both in their own way versions of me. I know of no other way to write.

Thanks for your continued support and it is good to see that some of you have now read the novel and posted your reviews online. Adding reviews to Amazon and / or Goodreads is very important for a debut author like me so if any of you have yet to do so it would be fantastic if you could.

If any of you have friends that you think might enjoy the novel do let. them know – as I write the Kindle edition is still only 99p so they could get hold of it almost without thinking! Here's the link: mybook.to/Comeback

Eventually we will all be let out again and I am hoping that in this new world I can organise some kind of physical launch or party for the book. Perhaps at Hotel Pelirocco in Brighton as that plays a part in the novel – and were kind enough to help with research way back when! Maybe at City Books in Hove which is my local bookstore and where I have been encouraging people to buy from if ordering via Hive.

Until then let's all just keep going!