Turning Up For Work

It has been quite a while since I last wrote an update here, not so much due to a lack of inspiration, but more because I've suddenly and unexpectedly (are those synonyms?) become far busier than I have been in a long time due to various events in my life. All good, but it has meant that I have neglected the updates and the plugging of the book.

That has to be addressed now. 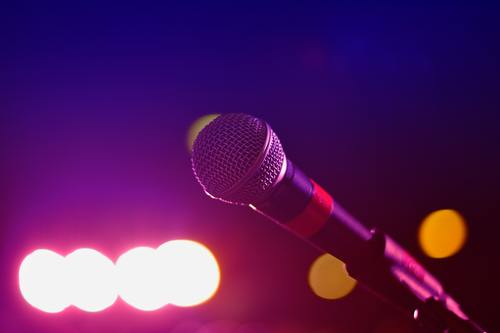 Without giving away any spoilers, there was one thing that really pleased me when I first passed the completed book on to beta readers. Or should that be alpha readers? It was at an earlier stage in development than it is now and will no doubt go through a further proofing and editing phase with Unbound once the funding is complete. But I digress. I was happy that — completely unbidden — everyone who read it told me that they really liked the secondary character Wendi.

I liked her too. She was actually an older character than Genie — older as in she'd been knocking around in my head for longer. When I first started writing Comeback (long before it had that title or a plot) I was convinced that it would feature Wendi but despite having appeared in a radio play and a Doctor Who short story I'd written, she didn't turn up for work when it came to writing the opening scenes of the novel. Luckily Genie was there with a very convincing case for making the story her own. So I was off.

Of course Wendi did turn up eventually — making an entrance that everyone seems to remember. And she did eventually get her own novel which is something for the future.

If you're now intrigued and can't wait until Comeback comes out then there is another way. As I have mentioned before, I do have a free ebook available containing a rather long short story clocking in at ten thousand words. It also contains an exclusive three thousand word extract from Comeback — separate from the extracts online here — to whet your appetite, a section which details Genie's first meeting with the mysterious Wendi. You can download it at brighton2.com.

If you do enjoy it then of course you can read it in situ — and find put what happened next — when the novel comes out. To make sure that happens you all know what to do!

As ever I offer enormous thanks to those of you who have already pledged and while you're here can I perhaps ask that you please try and talk others into it too? If each of you persuaded just one other person to join at the lowest pledge level it would still make a huge difference to the campaign.

If you haven't pledged yet do please have a read of the the extracts here and in the free ebook. If you like what you read and want more then you too know what to do...