The Urge to Fail

Sometimes the person that most wants me to fail is me.

It's at its most obvious at times like right now, when I'm writing. That could be writing anything, not just fiction; blog entries, long emails or even Unbound updates. I've not even got one hundred words into the process when I start to feel a familiar tug at my brain. 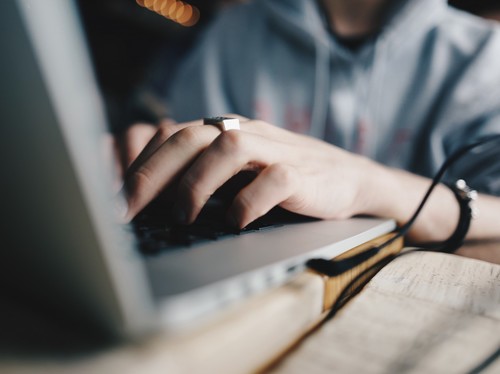 Wouldn't you rather be doing something else?

Most of the time it's not even that articulate. Quite abruptly the desire to look Twitter, go to the toilet or check my bank balance using the handy online app becomes of paramount importance and if I'm not careful I'll regain consciousness thirty-five minutes later with the cursor still blinking at exactly the same point in the writing I was supposed to be doing.

Wouldn't you rather be doing anything else?

Yes, it can be anything. Putting those pieces of paper over there in the recycling bin (which is located in the kitchen). Making another cup of tea. Putting a load of washing in. Doing the hoovering. The urge can get unusually strong for such mundane tasks. If only I could be so focussed when it comes to doing the housework under normal circumstances.

I have a routine, you see. I signed up to the site 750words.com towards the end of 2010 and have typed into it every day since (aside from days that I knew I was going to be away and therefore scheduled time off). I use the site for many of my writing needs. I first signed up to it in order to finish off Comeback, which I duly did within three weeks (I was very near the end). It's since helped me out with short stories, blog entries, two NaNoWriMos and Ghostdance (the prequel to Comeback). You’d think the habit would be so deeply ingrained by now that it would be almost impossible for me not to write daily.

Possibly that's why my procrastination hates it with a passion.

My procrastination will do absolutely anything to get me to fail. Sometimes the more direct assaults on my volition using the sudden urges described above don't work. If I'm particularly determined to finish the writing I've started, I ignore them so procrastination has to take another tack. It makes me zone out and start doing things on automatic pilot. My hand reaches for my phone and before I know what I’m doing my thumb is reaching for the app with the most notifications.

No! Put the phone down. No, not on the other side of the room which would require getting up from the chair and walking a couple of meters. That would be stopping writing, which is exactly what it wants. Who knows what temptations lie along the roadside to the table and back?

Get Thee Behind Me Procrastination.

But why does it want me to fail? Surely it's part of me and should be cheerleading for my success? Perhaps not. The thing is, if I fail to complete my writing then I can't get onto the next stage. Failure at the next stage is far worse as it involves other people. People who might reject my short stories or ignore my blog entries. That is failure of a far scarier kind. That is real failure, official failure with the stamp of authenticity. Other People have judged me and found me wanting. How terrible is that?

It's no wonder that my procrastination prefers the internal kind of failure. That's more under its control. If I don't finish the writing, if I don't edit it or submit it then at least I'll have failed on my own terms, says my procrastination. Who knows what kind of success I might have enjoyed if only I had finished the writing, it wheedles. But never mind, it continues...

No. I am determined. No matter how hard it may seem, I will finish this short story, this blog entry, this Unbound update. I would rather risk the genuine failure of exposing what I've written to the outside world than live wondering what might have happened if only I hadn't let procrastination win.

And procrastination knows this, but it doesn't give up trying. That at least is perhaps worthy of admiration. If only it could use its powers for good...