There's an expression infamous in Doctor Who fandom: "The Memory Cheats".

This is something I have to be careful about as I go over the manuscript of Comeback once again for a tidying edit during the funding period. The novel is set between 1999 and 2007 and although that might seem relatively recent, the pace of change since means that many things we now take for granted as part of the background of our lives simply weren't around back then.

The internet was in existence for the whole of the novel's timespan - I myself have been using it since December 1995. This doesn't make me a particularly early adopter and at first it was only at work that I had access. This meant that I didn't have the time to explore it as much as I would have liked. Internet cafes weren't really a thing. The first one in the UK, Cyberia, had opened in 1995 and was near where I worked, but it was all a bit niche, not to mention expensive. Instead I made sure that the next time I upgraded my home computer it had a built in modem. That done, I signed up with Demon Internet for £9.99 a month.

Online was a very different place back in the 90s. The web itself had only been in existence for four years and most sites were just long grey pages filled with wodges of Times New Roman. If you were lucky there'd be a handful of slow-loading images. 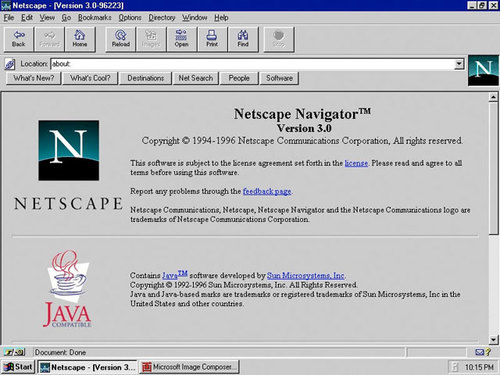 All of the now familiar brands that are part of the background of our lives were absent. Google. YouTube. eBay. Facebook (although interestingly a search of the Internet Archive reveals that the domain name facebook.com was owned by a different company in the 90s whose business was selling the employee directory software package Aboutface).

Things had improved by the time of the novel but the web at the turn of the millennium was still unfamiliar territory for many, still a bit clunky and slow.

Mobile phones were indeed finally catching on en masse, but many other things we now take for granted were mostly absent. Illegal music downloads were rife but the legal alternative of iTunes had yet to be launched. There was no wi-fi to speak of and an internet connection - especially one that didn't mean you couldn't use the phone - was still seen as a bit of a luxury. I was working at the University of Sussex at the time and still remember the way the students' faces lit up when they realised that high speed internet in the computer rooms was available for no charge.

This was a marked contrast to their angry complaints more than a decade later when the wi-fi in the student residences struggled with hundreds of them trying to stream video simultaneously.

Some things appeared surprisingly late. YouTube wasn't launched until 2004. Facebook was only opened up to general use in 2006 and started catching on in 2007, which is where Genie comes in.

Even though Facebook was a thing in the present day of Comeback it was a very different place. You were far more likely to be bitten by a vampire or have a sheep thrown at you than be given the opportunity to plug the video for your new single. As such it doesn't feature in the novel, although MySpace gets a name check.

Twitter existed, but I'm still in two minds about its mention.

Genie does have a first generation iPhone in the novel's present even though they had only been released a few months before. If they'd actually come out the following year I wouldn't have put it in - she'd have had to make do with some other kind of camera phone.

Perhaps I'm overthinking it, but anachronisms always stick out like a sore thumb. For example it took me out of the narrative when - during the flashback sequences in season 1 of True Detective - pictures taken on a camera phone were essential to part of the plot. Similarly it jarred in Life on Mars when 1970s Gene Hunt referred to the letters on a ransom note being in a certain "font" - a word which of course existed back then but wasn't in widespread use outside the printing trade.

It seems to be in our brains' interest to convince us that things have always been as they are now.