There is an increasing tendency these days to confuse subjectivity with objectivity. This confusion feeds on itself and can spawn two different kinds of behaviour, neither of which are helpful and both of which can potentially cause harm. 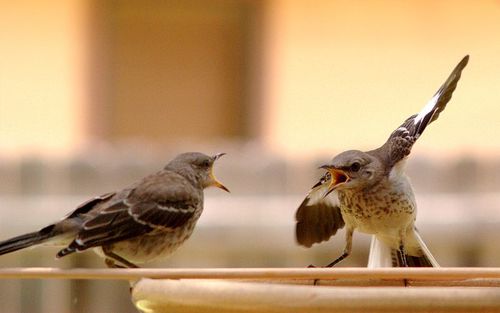 The first of these is mistaking fact for opinion. Sometimes in the macro universe some things are simply true while their opposites are not. This is just reality. There is a building over there. That road leads to such and such place. This word is spelled using these letters. Two plus two does equal four. Not much room for confusion there.

However people who haven't yet learned these facts—or perhaps for one reason or another have been apprised of the wrong ones—are surprisingly resistant to being corrected. True, admitting you're wrong can be embarassing, but one would hope that the advantage of knowing the actual facts would outweigh this. But apparently not. Emboldened by the mantra "I'm entitled to an opinion" they knuckle down even though what they are discussing has nothing to do with opinion.

The mildest form of this phenomenon is when someone mistaken about a fact comes across the truth of the matter and rather than just changing their mind and updating their internal dataset they magnanimously suggest "Let's agree to differ!"

No. This isn't logical. To use one of the more extreme examples of facts above, one can't just "agree" that two plus two simultaneously equals four and five. In this instance there is an objective truth and the person suggesting this is not in possession of it.

Of course they are entitled to be wrong about something. But they're not entitled to have this erroneous belief taken as seriously as the actual facts. The expectation that it should be is where all the trouble starts. Not every fact is as simple as two plus two equals four.

Some people have a strong emotional attachment to incorrect beliefs. For example I had a look at the Theory of Evolution a few years ago and realised it's not a theory. Broken down into the pure mechanics it's simply the application of logic and mathematics to systems containing large numbers over immense periods of time. That's not a theory, that's just what is, for the same reasons that two plus two does equal four.

Because of emotional and cultural baggage attached to their beliefs, people opposed to evolution consider their viewpoint deserves to be taken as seriously as reality. Unfortunately—due to the noise they make if denied this platform—it's offered to them and serious consideration given to teaching Creationism in schools. This is like a pub quiz being won by the person with the loudest voice, rather than the person who knew the answers.

Telling someone they are mistaken about a fact is not impinging on their freedom of speech. They can carry on being mistaken if they like. But their opinion cannot be treated as an alternative to the truth. Reality is objective.

The second type of behaviour is mistaking opinion for fact. There are some areas of life about which all opinions are valid. I am talking about preferences. This can be applied to the types of food and drink one enjoys the taste of, but that's not generally where the problems occur.

These arguments most often spring up around art. This is art in the broadest sense of the word: painting, writing, music, TV, films—the whole shebang. Fiction, basically. Some people who enjoy a work—or for some reason more often people who don't enjoy a work—seem unable to countenance the thought of a person holding the opposite opinion about it.

Someone enjoying something means it's valid. It may not be to everyone's taste, but if even one or two people appreciate a book then it was worth the author writing it.

Strictly speaking reviews should never be "this is bad" they should be "I thought this was bad for these reasons". Of course reviews serve a purpose—steering people towards or away from works they may or may not enjoy. But reviews aren't the ultimate arbiter of what's good and what's not. There can be no such arbiter.

It's only if no-one at all enjoys a book that perhaps the author needs to try again. But has this ever happened?

Pledges have been moving a little slower so far this year so if I could ask each pledger to please consider talking just one friend into doing so as well that would be fantastic thank you!

If you haven't pledged yet, I do hope you will please think about it. The minimum pledge level is just ten pounds. That is an objective fact. You can read the extracts on this page to find whether you'll enjoy the novel. That will be a subjective opinion...