The fictional world in which Comeback takes place is clearly one very close to our own. It's a world so similar in fact that there's no appreciable difference as far as most of the inhabitants and their everyday lives are concerned. It's a world in which the more fantastical elements are only revealed to our protagonists, even if these elements affect everyone (eventually).

But that's not to say that other people in this world aren't also meddling in things best left alone - and that the rules that apply to Genie don't also apply to them... 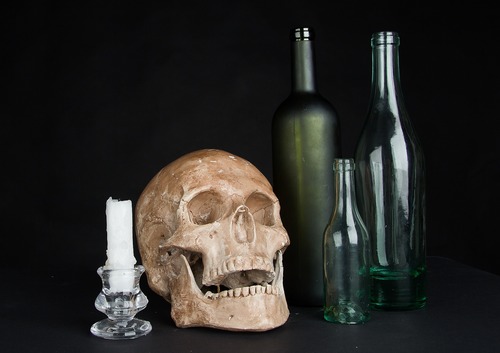 I bet this doesn't work, thought Daryl just before the demon appeared.

At the back of his mind was the conviction it was all a load of bollocks.

The back of his mind was crowded. His skepticism shared a corner with the frustration of being single; in the cubicle next door the fear of turning forty fought with a general fear of mortality for possession of his anxiety.

He'd joined the circle six months previously, ready to try almost anything to turn his life around. Plus he figured that there might be some interesting and attractive women in a group dedicated to black magic. In reality it consisted of men like him; not-quite nerds and ex-metallers with beer guts and a lack of personal hygiene that would make a sewer rat's eyes water.

One evening Jonno—loudest member of the group and de facto leader—turned up with a leather-bound volume he claimed to have rescued from the basement of the municipal library being demolished in the city centre.

It was unimpressive. The cover was a dull off-black and the yellowing pages spoke not of great age but of neglect, as if the book had spent the last century down the back of a filing cabinet.

The title page smelled of mold. Experiences in Summoning by G G House been published in 1885 by W & A K Johnson.

It was weeks before Daryl was allowed to borrow it. The text was dull, couched in an impenetrable language that may as well have been describing physics rather than the eternal mysteries. However, Daryl reasoned that the more scientific it sounded, the more systematic and precise it would be, increasing his chance of success.

He was keen on the idea of success. He knew exactly what he wanted. He was going to summon the devil and offer his soul in exchange for something that meant he wouldn't have to part with it.

The difficult part was getting hold of the chicken. Not obtaining one—a cursory Google found a number of suppliers in his area—but holding the damned thing still while he slit its throat. Sitting there with beak wounds on his hands and a hysterical chicken running around his bedsit defecating everywhere he wondered if it would work if he simply wrung its neck.

But no. Everything had to be done to the letter. The devil was a stickler for detail, the small print that allowed him to trick people out of their souls.

People told Daryl he was anally retentive—well here was where it was going to pay off. No sneaky sub-clause or addendum would make a difference.

The devil collected at the end of a person's life. But suppose that never came?

Daryl was going to ask for immortality.

The worst that could happen was the devil saying no. Daryl could live with that. Confirmation that the devil existed would be a result in itself—it would mean that there was an afterlife.

Daryl got hold of the chicken with one hand while maintaining his grip on the knife with the other. The candles were lit, the incense was burning. The curtains blocked the glare from the streetlamps outside and the candlelight made Daryl's squalid bedsit almost presentable.

I bet this doesn’t work. He pulled the knife across the chicken's throat and cut his own thumb in the process. Blood spattered onto the altar—a cardboard box with a sheet over it—and the wounded bird wriggled from his grasp, knocking the candles over and flapping off somewhere to die in a corner.

Daryl couldn't see a thing. Stupid bloody chicken. He dropped to all fours and reached forward to retrieve the candles.

He snatched his fingers back as they touched a hot, solid object. It wasn't the dead chicken.

There was the sound of something big moving.

The voice was powerful, smoky and large. It was also female.

An orb of white light sputtered into existence, hovering above the hand of the kneeling figure in front of Daryl. She unfolded herself and rose to her full height as the orb bobbed away into a corner.

If this was a manifestation of the devil it was a stylish one. She was dressed in an immaculately tailored black business suit that contrasted sharply with bright red skin like polished leather. Her head nearly reached the ceiling of Daryl's bedsit—horns knocking the light fitting as she looked about—and her hooves were clad in long suede boots.

Daryl backed away, tripped over the cardboard box the chicken had come in and went sprawling. The figure scowled at him.

"Are you the devil?" Daryl's voice rose to a squeak. The figure smiled.

"Are you the human?" The sound of her voice upset Daryl on some deep irrational level. There was the hint of a subsonic echo that set his teeth on edge and turned his guts to water.

There was also a hint of sarcasm. Was she taking the piss?