There is a section of Comeback set somewhere called The Halfway House. I won't say any more (spoilers of course), but it has now been a year since I launched this crowdfunding campaign, and although it has taken longer than I initially hoped it would, I am very happy to say that we are now more than halfway there. 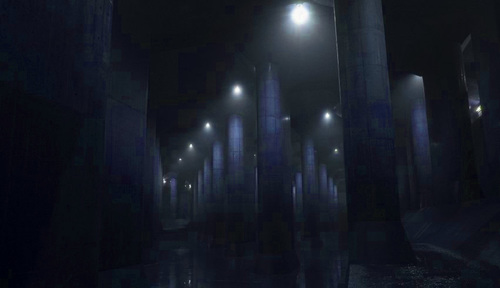 This is in part thanks to a recent sustained bout of offline fundraising, networking and plugging which is something that in these digital days we tend to forget about.

The online stuff is great of course - allowing us to reach far more people and places than would ever have been possible in the past - this kind of fundraising is born of the online paradigm.

And in the early days online was fantastic - a well placed tweet retweeted by the right person could do wonders. Back in 2012 the sales of my pop memoir I Was A Teenage Toyah Fan (still available for 99p on Kindle, folks!) would spike when retweeted by a couple of people with more than a couple of thousand followers each, whereas now everyone's at it I suspect people are beginning to subconsciously tune out anything that looks like it might be an advert or a piece of shameless self-promotion.

It's perfectly understandable of course - there's nothing quite as dull as a twitter feed that is an endless stream of variations on the same theme plugging the same thing. Of course it can be frustrating for someone like me who tries to make my book plugging tweets the exception rather than the norm, but it's the same with any new idea - there's an inverse relationship between how long an idea's been around and its effectiveness.

So we should not neglect the old fashioned way of raising awareness no matter how uncomfortable it might make someone like me who is a bit shy when it comes to self-aggrandisement and putting myself forward. By the way I do include personal emails in the "old fashioned way" - they require individual crafting and are more effort than an all hands tweet.

In addition, face to face conversations can make a huge difference too - recently my first pledge after a bit of a gap was as a direct result of actually talking to someone and this seemed to kickstart (no pun intended) the campaign as there have been a number of since then...

So once again huge thanks to all of you who have pledged so far and let's hope that it won't take another year to raise the remaining fifty per cent. I can't wait for you to read Genie's story and I hope you are all looking forward to it too. As ever please don't hesitate to tell all your friends, on or offline...