Hello all – I thought it was about time for another update given that it is now just over four months since Comeback was first released in to the wild. And in a nice piece of symmetry this update has been written just after my second dose of Astra Zeneca meaning that in theory I am now completely vaxxed up.

Not that I will be behaving as if everything is back to normal again yet of course. For a start I'll be continuing to plug Comeback for a while yet.

One of the issues I have found is that it remains difficult to get people interested in the novel especially when I (as the author) am plugging it because I think there is simply too much noise out there online; in addition I suspect recommendations come with much more weight when they're from readers who have less invested in the whole thing and therefore are more likely to be making suggestions out of pure altruism! They enjoyed it and wanted to spread that enjoyment about a bit.

This is where you come in of course!

If you've already read the novel – and of course feel so inclined –  I'd love it and be very grateful if you could please do either or both of the following:

Just these two things can probably make a huge difference, especially when the former recommendations come from someone with a large following on social media. Thank you!

As I may have mentioned before the primary motivation for this on my behalf is not making money – which is why I am eager for people buy it while it's only 99p! – but simply to get more people to read it. The more people that read it the more likely it is that the follow up (already completed) will get published and that is something I am really looking forward to you all reading.

Those who've already read Comeback will probably be pleased to hear it's Wendi's back story as the majority of you seemed to take to her. Here's a brief extract: 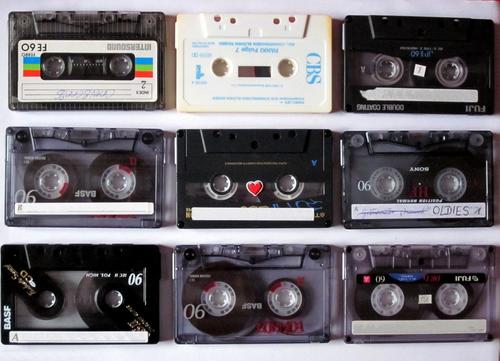 Wendi was beginning to worry about These Crazy Ways. Since Dingwalls she hadn't seen any gigs advertised in the music papers and whenever she went into Sister Ray in Berwick Street to flip through the T section, the only records by them were the two she already had. She began to have dreams about discovering new records by them only to wake up in disappointment. It was frustrating.

Not that there weren't other bands. The prevailing style began to coincide with the sounds she always had in her head and the thought of forming her own band was an attractive one. She kept nagging Donna to get a guitar or something but she wasn't having any of it.

"Get one yourself if you're so keen!" Donna said. "You won't catch me back on stage in a million years! I did my time in bands when I was a student..."

Wendi had started work in the record shop in Walthamstow High Street so had a bit more money coming in. Not enough to save up for a guitar though; the wages were barely better than being on the dole although there were other advantages. It was just as well she was still living with Dad, although this was a sore point for Donna who wanted her to move in.

"There's not room for both of us to live here full time, babe," she said, "I love coming round here but there's nowhere to go if you need space."

Donna's bedsit was just one medium sized room; if you wanted to go to the toilet or have a bath you had to go out and use the shared one on the landing above and hope no-one else was in there.  You had to be careful bring your own loo-roll and not leave it behind - if you did it would vanish in minutes. Wendi's biggest issue with the setup was that she kept accidentally locking herself out during nocturnal visits to the loo. Donna was a heavy sleeper and Wendi didn't want to knock too loud in case she woke people in the other rooms. Once she stood there shivering and tap-tap-tapping for a full twenty minutes before a bleary Donna let her back in.

"We could get another flat. We both have jobs."  Donna's voice was quiet and reasonable in the darkness; Wendi could feel the warm breath on her cheek. They could, couldn't they? Dad wouldn't miss her; he could always rent out her room once she'd gone.

Finding somewhere was another matter. They'd grab a copy of Loot every Thursday and start phoning round but half the flats were gone within minutes. The rest of them were out of their price range; they might have been able to afford them by pooling their wages but then would have had nothing to live on. Let alone spend on tickets to see bands or buy records.

And going to see bands was important to Wendi. Buying records was important to Wendi. Music was her reason for getting up in the morning.  Music was the only reason for keeping that job at the record shop. It only paid £12 a day but was a chart return shop and that meant it was favoured by record company reps. Especially reps from the indie labels. Reps from the indie labels with the promos and the white labels they'd give her in return for the hint that she might see her way to entering a few more sales of their current catalogue number... It didn't seem to matter to them that the shop sold mainly funk and soul.  They'd found a friendly face, a face that would light up with excitement at the promise of a free limited edition Siouxsie and the Banshees twelve inch single...

Wendi's bedroom back at Dad's was packed with vinyl which she recorded onto tape so she could carry it around with her and listen to on her battered Walkman. She had so many cassettes in her pockets she rattled when she walked.

Many of them were straight copies of albums she'd bought on vinyl with a couple of the B-sides squeezed onto the end. Always B-sides from the singles off that album of course. She'd been incensed on that one occasion when they hadn't all fit and had spent a fiddly couple of hours with a jeweller's screwdriver, razor blade, spare C30 and a roll of splicing tape she'd managed to find in one of the scruffy little shops down at the bottom of Tottenham Court Road. The resulting C98 was one of her proudest achievements; she loved the way it felt just that little bit heavier than the rest of her collection.