It's too late for anything to be added in post, Comeback is now at the printer!

Unfortunately I never did get around to writing an acknowledgements section. I suspect that I was going through a busy and stressful time when it was due, and of course for someone like me the writing of acknowledgements is a process fraught with stress and anxiety in itself. 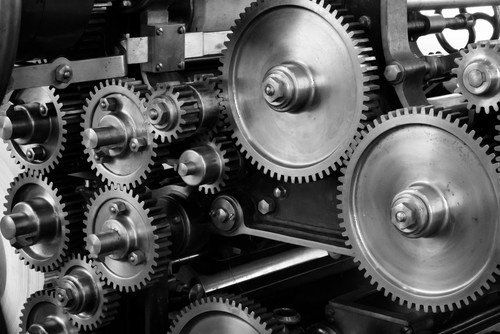 So what with all this coming at a time when I was up to my eyebrows in worry and rushed off my feet as it was, it's no surprise that it was something I let slip. But of course that was me taking the path of least resistance – now there is the genuine concern that people in general will be offended that there isn't one.

I will write a comprehensive one here in due course - perhaps closer to the actual release. But in the meantime huge thanks go to all of you reading this now who have stood by me throughout parts of this long process – a period of time which not only covers the fundraising of the past three years but the entire undertaking of writing a novel which goes back a lot further than that.

It was in January 2011 that I first wrote "The End" and about a year and a half from then until I had finished the first round of editing and come up with a title. And the novel's gestation goes back even further; to a cold autumn evening almost exactly thirteen years ago when the creative writing course I was on set the first in a series of exercises to write something based on the Greek Myths. Genie wasn't the only idea to come out of this exercise; I also wrote a story about Echo – and it was nothing to do with Narcissus. Of the two Echo seemed to be the far more interesting character.

The most surprising thing when I typed "The End" in Comeback's manuscript back in January 2011 was that I had finished a novel; something which had until then seemed like an insurmountable task (the novel I had written in 1991 felt as if it was from another world – I had been a different person back then; younger, full of optimism and energy).

And yet by the end of 2013 I had already written the sequel, Ghostdance. Some might call it a prequel given that it is all set six years before the earliest scenes in Comeback, but nevertheless it is intended to be read second and I have since added a prologue set after the final scene in Comeback just to set the reading order in stone.

And now I have started on the third book and have approximately a third of draft zero written. Once again it has taken me by surprise at points – for instance, I had no idea that the point of view would end up in the head of a certain character for so much of the book, but she just shouldered her way in and I'm glad she did. It has been fascinating to get more of an idea what makes her tick.

I have a rough idea of the direction in which I am headed and what is supposed to happen at the end but no doubt the twists and turns that lead me there – as well as the true nature of the destination – will take me by surprise as well.

The best part has been how much I have enjoyed writing again. My inspiration dried up in the second half of 2016 and remained barren until late last year or earlier this year when it started coming back to life. I suspect the structural edit of Comeback had something to do with that reawakening, plus I think I was starting to heal from the thousand natural shocks I had undergone back then. Coming at the same time these two things combined to kick-start the creative engine.

My next task will be to write some more short stories. Getting them published from 2013 onwards was a big boost to my confidence, and – like all of us – I suspect I could do with a boost right now!