I have discovered over the past six months that one of the hardest parts of the crowdfunding process is raising the courage to advertise myself. I don't know if it was the atmosphere at school when I was growing up or some other factor in the psychological environment, but marketing myself and plugging my projects always strikes me—incorrectly—as a form of self-aggrandisement. As if someone is whispering in my ear that it is all very bad form. "Don't be so big headed!"

Of course this is something that I have had to get over. Raising awareness is an essential part of the process and—when you come to think about it—an essential part of being a writer. The next step after having written the thing is getting someone else to read it. Otherwise you might as well stick the thing in a drawer.

I think some of my resistance to the advertising process stems from the ubiquity of advertising in the modern world. Above everything else advertising is omnipresent and (for most media channels) sacrosanct—and yet the one thing that almost all members of all audiences would prefer wasn't there. I wouldn't be surprised if one of the most clicked links in the history of the web was the Skip Ad link at the beginning of YouTube videos. 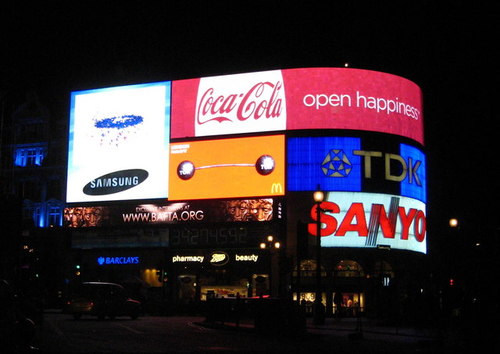 So it becomes an arms race. The audience skips ads and installs ad blockers. At first the advertisers resort to passive aggression ("Go ahead. Skip this ad..." or "It seems you're using an ad blocker...") and then resort to more drastic measures ("Your content will follow in 30 seconds").

The problem is that like all arms races there can be no winner. But the companies do need to let their potential audiences know about their products—there might be someone out there who need or want them. Several potential someones. Something obviously has to change. And so the advertisers need to make the ads into something people desire in and of themselves.

Of course this is by no means a new idea. In the late seventies and at the beginning of the eighties, bands began to make short films to advertise their singles on TV shows they were unable to appear on due to time constraints. Before anyone could blink music videos became the product, with people looking forward to the video for the new single almost as much as they did to the music. In some cases it was almost a disappointment when a band turned up in the Top of the Pops studio rather than having their latest video shown.

And so following this lead, ads themselves became "events" with unexpected guest stars and millions every year looking forward to the Christmas offering from John Lewis. So the trick is to give people what they want while at the same time raising awarenes of what you have to offer.

I've tried to take that on board too and make my plugging efforts entertaining. There's always something to read at least!

If you enjoy reading (which is highly likely given this arena) then you may be interested to know that I have a free ebook available containing a rather long (10,000 word) short story. It also contains an exclusive 3,000 word extract from Comeback—separate from the extracts online here—to whet your appetite. You can download it at brighton2.com. If you enjoy the extract and want to read more, then you know what to do...